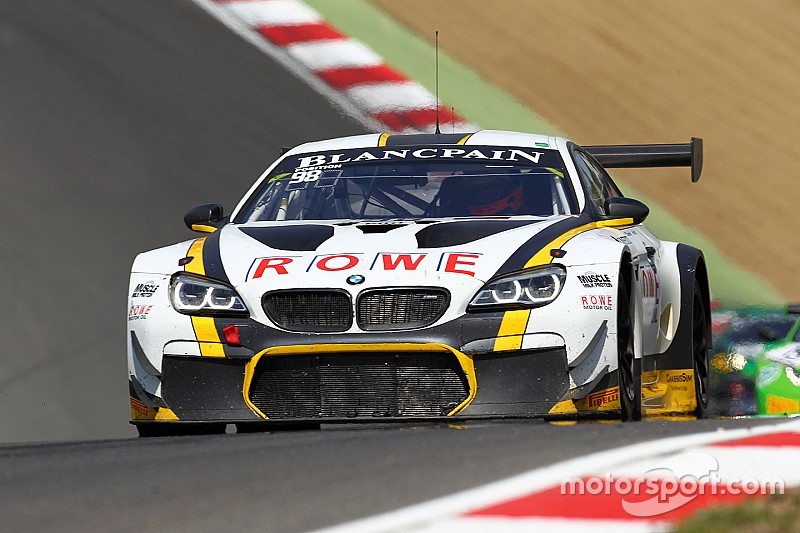 St. Ingbert - Home advantage for Rowe Racing: this Sunday (3rd July), the team from St. Ingbert will compete in the first of two races in the 2016 Blancpain GT Series that will take place at the Nürburgring. A Blancpain GT Series Sprint Cup race on the Grand Prix circuit in the Eifel region is a first and also marks the start of the ADAC Truck Grand Prix, which is set to attract large numbers of spectators. The traditional Blancpain GT Series Endurance Cup race at the Nürburgring will be the second home race for Rowe Racing, and is scheduled to take place on 18th September.

One week after their luckless appearance at the 6-hour race in Le Castellet, where both BMW M6 GT3s were thrown off course by early collisions and had to retire early, regular Rowe Racing drivers Philipp Eng from Austria and Alexander Sims from Great Britain will be hoping for a bit more luck in the familiar surroundings of the Eifel region, in the #99 car. It is difficult to transmit the experiences from the 24-hour race, or from the VLN Endurance Championship, to sprint races that take place on the short layout of the Grand Prix circuit. The set-up for the cars is totally different.

In the #98 Rowe Racing car, Dutchman Stef Dusseldorp will be supported by Belgium’s Maxime Martin at the weekend. BMW Motorsport have temporarily transferred the DTM driver, who has extensive experience on the Nordschleife and fond memories of the short layout of the Grand Prix circuit. This track layout was the location of his second victory in the DTM last year.

Rowe Racing team principal Hans-Peter Naundorf: “After the collisions in Le Castellet, we repaired our cars and now want to throw ourselves headlong into the next challenge. The first home race of the year at the Nürburgring in the Blancpain GT Series is a special event for Rowe Racing, and we would love to get back into the points or even reach the podium. The circuit should be ideal for our BMW M6 GT3, even though it is hardly possible to transmit the experiences from the 24-hour race to this sprint race on the short layout. We do know this bit of the circuit, and we are very familiar with the weather at the Nürburgring. Staging this event with the Truck Grand Prix is sure to be a very interesting experience. We are expecting a lot of spectators and we are hoping for a full house. However, we do not know exactly what to expect on the track, as the race trucks have a lot of events and are sure to put a lot of rubber down on the circuit.”

Team WRT back to the Nürburgring, with Ide-Mies as Sprint Cup leaders