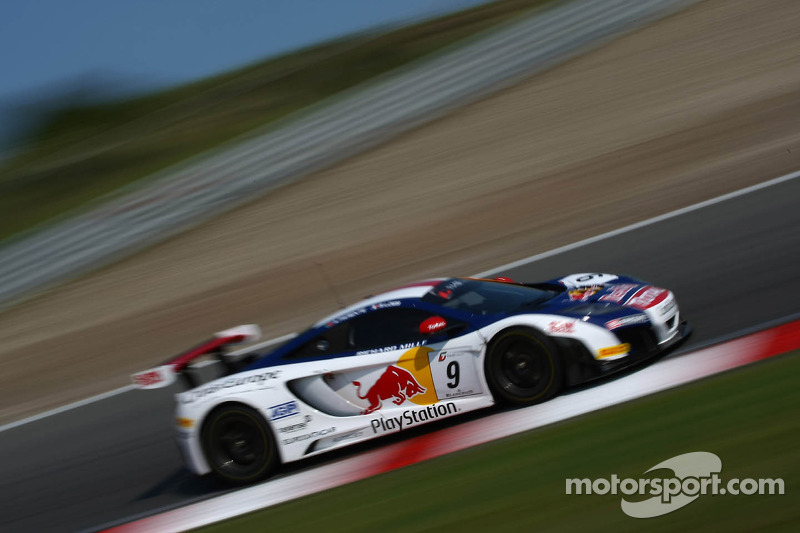 Sébastien Loeb: "The Slovakia Ring is a difficult track, with few points of reference, but it’s varied and interesting."

With their second win in the FIA GT Series, taken at the Slovakia Ring this weekend, came at the right time to reaffirm the hard work and ambitions of Sébastien Loeb Racing. Most importantly, the victory is a deserved reward for all of the team members who work very hard to build on the Alsacian team’s résumé. It also shows that the team always runs among the front runners when given a chance to perform, without being impeded. 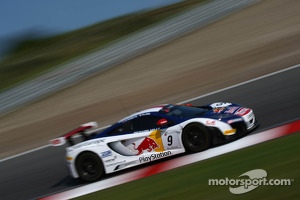 But no matter, the two racers start the qualifying race from the fourth and fifth rows in the qualifying race and like in a parade, were running one behind the other at the first corner. Called a « phenomenal » start by the television commentators, Alvaro Parente would find the second spot at the exit of the corner, that’s six places gained !

The gap was so small, that teammate Mike Parisy was unable to slip through but the Frenchman still gains two positions in the maneuver to become part of the leading group.

The entrance of the safety car on track due to a competitor’s fiery incident, freezing the running order in the 10th minute of the race. The fight would only restart fifteen minutes later, falling in line with the pit stop window for driver changes.

Opportunistically, Mike Parisy immediately headed to the pits to hand the car over to Andreas Zuber while Alvaro Parente stayed on track to pit later in the 34th minute. Behind the wheel of the No.9 McLaren, Sébastien Loeb puts pressure on the leading Audi right away and takes the lead by making a pass in the braking zone for the first corner !

A bit further back, Andy, sixth, keeps the pressure on his competitors until they made a small error, allowing him to finish in fourth place, just outside the podium. These excellent results meant one car had pole position and the other would start from the second row in the championship race.


It was a busy day for the racers in the FIA GT Series as they formed the grid for the championship race only a few hours after the finish of the qualifying race.

As poleman, Sébastien Loeb was to lead tthe field to the start but at the exit of turn 14, approaching the starting line, the No.11 Audi took several lengths’ advantage on the No.9 McLaren while the lights were still red ! This action created confusion behind and several competitors responded to the Audi’s anticipated start, and at the same time took away the nine-time World Rally champion’s advantage !

Sébastien Loeb was unable to avoid the chaotic start and fell victim to contact with other cars, forcing him to retire – leading to a 15-minute safety car period.

Under these conditions, all hopes of a good result rested with the No.10 McLaren. Fourth at the restart, Andy Zuber would reach the third position thanks to a drive-through penalty assessed to the No.11 Audi due to the false start. Keeping in touch with the leaders, Andy entered the pits to give way to teammate Mike Parisy, only five seconds from the leading car.

As is their custom, the Sébastien Loeb Racing crew members released Mike back to the action quickly : as he joined the fray, the French driver was fourth but quickly came under attack from the No.2 BMW and several Audis. With an engine problem slowing him, Mike would cross the finish line in seventh position with his No.10 McLaren.

Sébastien Loeb (McLaren MP4-12C #9) : "Alvaro got an incredible start in the first race which allowed him to hand the car to me in second place. I was able to quickly attack the Audi and take the lead. It’s nice to win again, especially since we’ve been unlucky since the start of the season. Unfortunately, we were unable to concretize in the second race.

It’s up to the pole winning car to impose the pace at the start, and the Audi was ahead of me before the starting line and before the lights. This changed everything and I found myself in the middle of the pack, blocked on my left and right. The Slovakia Ring is a difficult track, with few points of reference, but it’s varied and interesting. It was a good experience to drive here."

Alvaro Parente (McLaren MP4-12C #9) : "I feel like I’m experiencing deja vu…I won’t repeat what I’ve already said at Zandvoort ! It’s incredible… We are always in the top three in qualifying and the race. This morning, we really put everything together and Sébastien finished very well to win. That victory in the first race, and therefore pole for the second, was an extra motivation for the championship race. But we weren’t able to take advantage of it. Under those conditions the start should not have been given and we should have done another pace lap."

Andreas Zuber (McLaren MP4-12C #10) : "Tough weekend. Honestly I know we had the best car. Our engineer decided on a perfect setup and the team had really impressive pit stops. But our time in the super pole was cancelled and that changes everything. In the second race, we were able to keep in touch with the leaders despite the chaos at the start, before slowly losing power. To finish with the points that come from seventh place is a small satisfaction under these conditions."

Mike Parisy (McLaren MP4-12C #10) : "Sébastien Loeb Racing once again had a great performance, but a performance that the results don’t necessarily show. The team once again showed its competitiveness, to a point that they put their whole hearts into the objective. We have to forget about all these race incidents that put a damper on our potential for victory.

It’s another frustrating weekend but also satisfying when you look at things closely. The performance in qualifying is there for both cars and the results in the race speak for themselves. As for me, I was able to show my top speed which compared well to the official drivers. Let’s hope that in Navarra, we’ll finally have our hands untied to express ourselves." 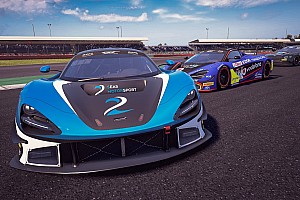