Vanthoor against all, all against Vanthoor? 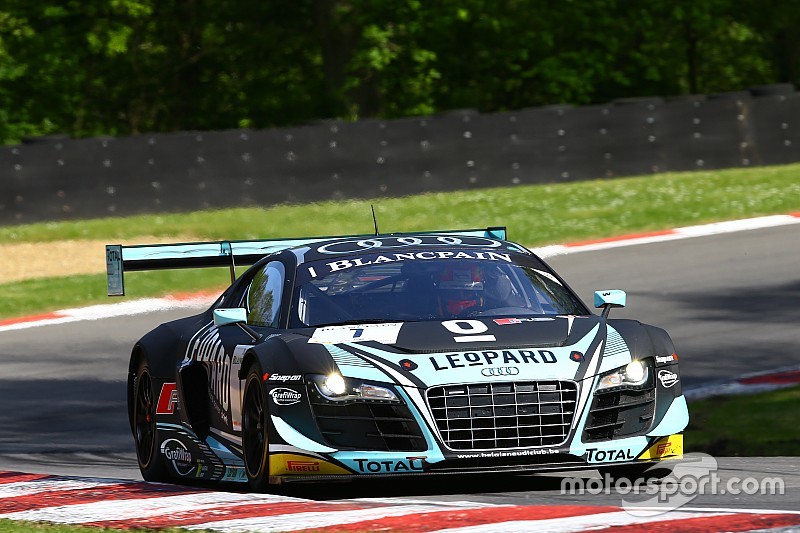 The fifth round of the Blancpain GT Series will be held at Circuit Zolder in Belgium.

The Sprint event will have its traditional points of interest, but there is one driver in particular who is looking forward to getting to the Belgium track… on foot.

Home races. Every driver finds them special. Depending on their nationalities, some drivers even have two. Or three. But rare is the driver who can step over his front porch and literally walk into the paddock of his home circuit only moments later. Laurens Vanthoor is one of those rare specimens. The reigning Blancpain GT Champion, and current leader in the driver standings, lives only a stone’s throw away from Circuit Zolder. It is impossible to underestimate the importance this race has for Vanthoor.

And yet, the 24-year-old Belgian has never won a GT event on his home track. The last two years – in the FIA GT Series and the Blancpain Sprint Series respectively – Vanthoor finished on the podium in the main race, but never on the top step. And it might be difficult this year as well.

Because even though Vanthoor and team-mate Robin Frijns won the most recent Blancpain Sprint Series round in Brands Hatch, the competition was never far away. Keep an eye out for the Reiter Lamborghini in Zolder. The Gallardo was always among the frontrunners on the former Grand Prix track and now that Peter Kox is at the wheel (Nick Catsburg is absent due to other commitments), it should be able to give the competition a run for its money. Remember that Kox won in 2013 (sharing the car with Stefan Rosina) and was leading the main race last year, until a problem with the jack at the pitstop forced him to retire.

But there could be other teams and drivers at the sharp end of the grid as well. BMW Sports Trophy Team Brazil have finished on the podium at both the 2015 Sprint events – winning in Nogaro – and are only six points behind leader Belgian Audi Club Team WRT in the Blancpain Sprint Series team standings. The BMW Z4 GT3 should be a force to reckon with here as well.

Attempto Racing had a difficult start to the season, but the podium finish in Brands Hatch did them a lot of good. Drivers Rob Bell and Kevin Estre are on a roll as well, because only last week they took the Von Ryan Racing McLaren to an emphatic Blancpain Endurance Series win in Silverstone, sharing the car with Shane Van Gisbergen.

For the MRS GT Racing drivers, the Zolder race might be a bit special, since both Sean Walkinshaw and Craig Dolby have a not-so-ordinary link with Belgium: Walkinshaw has a Belgian mother and Craig Dolby is a former Belgian champion, by claiming the Formula Renault 1.6 title in 2006. Reasons enough to try and claim a good result.

Bentley Team HTP and the Ferrari-team of Rinaldi Racing had a strong start to the season, the latter performing well in the opening rounds of both the Sprint and the Endurance Series. The British round proved to be more difficult for both teams however. Just like their Rinaldi-colleagues Seefried and Siedler, Bentley-drivers Buhk and Abril need a good result to remain in the running for the title.

The same goes for Audi-teams ISR Racing and Phoenix Racing. Their drivers have regularly scored points, but without a strong performance and a possible podium finish, it will be difficult to get into the top-3 of the overall standings.

ISR Racing is performing well in the Silver Cup however. The Fjordbach twins won the opening round in Nogaro and now lead those standings, albeit with only a four-point advantage over Bentley Team HTP-drivers Lombard and Szymkowiak. The latter (one of two Dutch drivers present) will want to shine in front of the numerous Dutch fans who will be present in Zolder.

The GT Russian Team will bring both its Mercedes SLS to Zolder, not only to decide which car will win the Pro-Am Cup, but also to prepare for the next round of the Blancpain Sprint Series, the Moscow round on July 5th-7th. A good overall result – last year’s main race was won by an SLS GT3 – will surely provide an extra boost.

And last but not least, do not think that Laurens Vanthoor is the only Belgian Audi Club Team WRT-driver who can do well in Zolder. Frank Stippler and Stéphane Ortelli have both finished on the podium here, and Enzo Ide has even won the Zolder 24 hours once. Ide might live a bit further away from the track than Vanthoor, but he will have plenty of local support as well.

Track action starts on Friday June 5th, with both free practice sessions in the afternoon. On Saturday the qualifying session and the qualifying race take place, with a warm-up and the main race on Sunday June 7th.