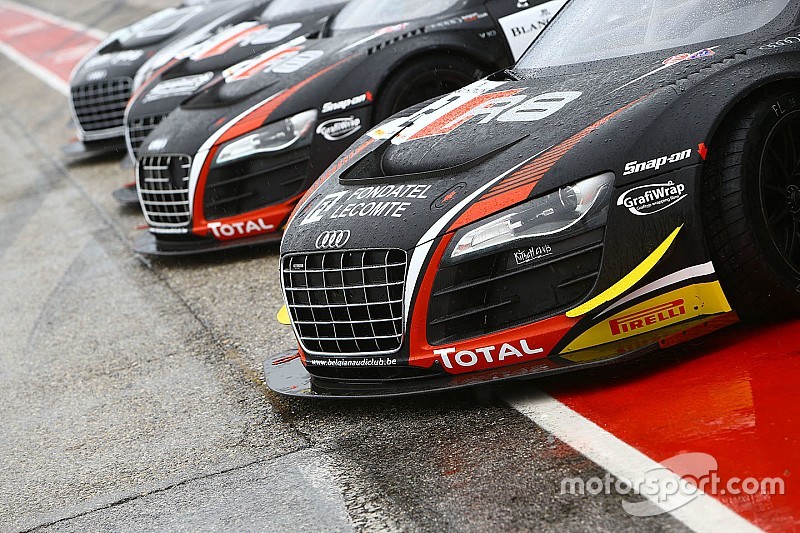 Leading Blancpain GT team WRT has announced a five-car full-time line-up for the 2016 Sprint Series schedule - and a four-car effort in the Endurance Series.

WRT has won both Sprint, both Endurance and both overall GT teams' titles in the past two seasons - and claimed drivers' titles as well with Laurens Vanthoor and Robin Frijns.

However, its star duo of Vanthoor and Frijns will be split across different Audi R8 LMS cars for the 2016 season, with the arrival of a number of new signings.

Laurens Vanthoor's younger brother Dries, a race winner in last year's Formula Renault 2.0 NEC, will partner Frijns, while Laurens himself is joined by Frederic Vervisch - who had two Sprint races with WRT last year and was on the podium in both.

Enzo Ide and Christopher Mies will continue in the sole unchanged entry, while Michael Meadows and Stuart Leonard arrive from Leonard Motorsport, where they shared an Aston Martin V12 Vantage.

Finally, WRT will have an all-Brazilian entry, piloted by Sergio Jimenez, who comes over from BMW, and national F3 race winner Rodrigo Baptista.

Newcomers Jimenez and Baptista will race alongside Filipe Albuquerque in the Endurance category, with Meadows and Leonard partnering Frijns.

Frijns, it should be noted, has a clashing commitment for the first Endurance race of the season at Monza as he is set to be in Paris for the Formula E round, driving for Andretti. Likewise, the Sprint round at the Nurburgring is set to clash with the Formula E Battersea finale.

The Vanthoor brothers, split into two different WRT entries in Sprint, will be in the same car in the Endurance category, joined by Vervisch, with the final full-time entry going to Peter Kox, Pierre Kaffer and Adrien de Leener.

Vautier and Rosenqvist team up in Blancpain Sprint