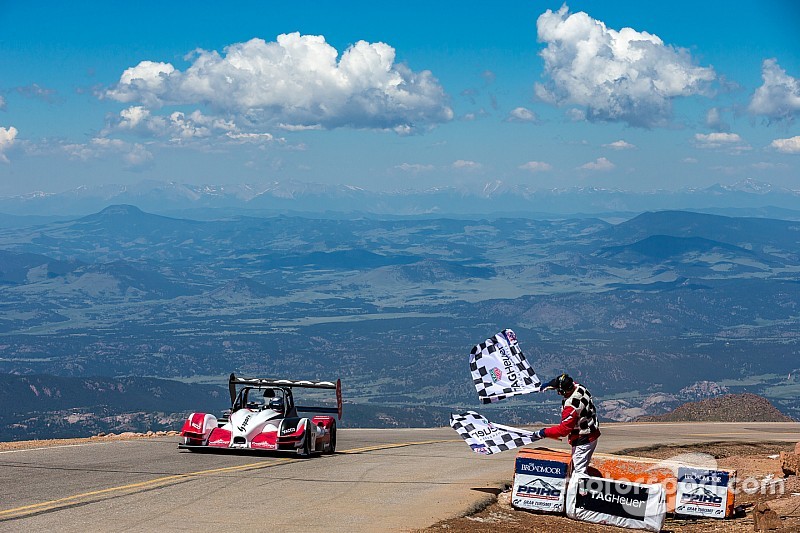 Just a week after he won the 24 Hours of Le Mans for a second time, France’s Romain Dumas also claimed his second win in the famous Pikes Peak hillclimb on its 100th anniversary running.

Dumas drove a Honda-powered Norma prototype machine, entered in the Unlimited Class, up the fabled Colorado ascent to beat Rhys Millen – in his 1368bhp electric-powered Drive eO PP03 machine that won in 2015 – by 5s.

Started as an after-hours project by a small team of Honda Performance Development engineers, the HPD-built Honda engine propelled Dumas to win the event for the second time in the last three years.

“I pushed hard early in the race and didn’t make any mistakes, which put us in great position for the last part of the course,” said Dumas, who races for the Porsche FIA World Endurance Championship squad.

“We didn’t get to practice the upper part of the course so I was being quite careful on the last section.”

On the back of his Le Mans success, along with teammates Neel Jani and Marc Lieb, Dumas added: “It has been a dream to win both of these races, and now it has come true.

“A lot of people were pushing really hard to make this happen and this is what happens when you work hard. We all pushed and put in long hours and our car and our power were great.”