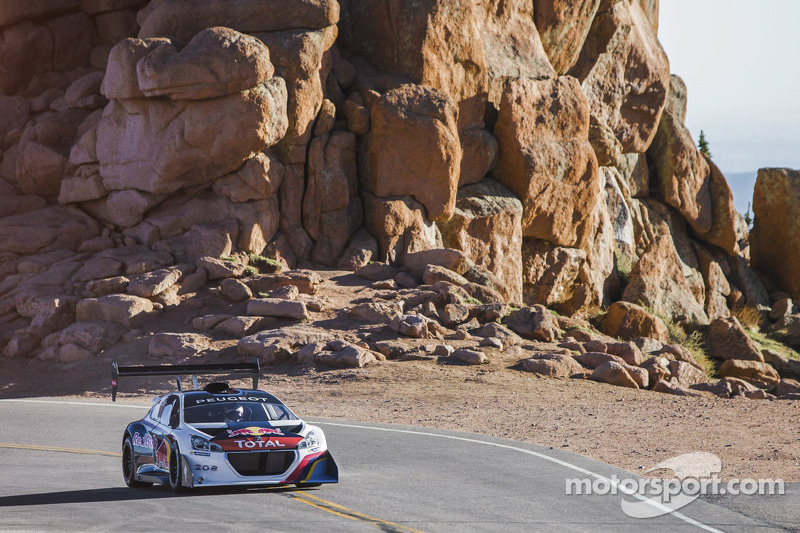 Pikes Peak, in Colorado, USA, underwent something of a French invasion on Saturday, June 8, and Sunday, June 9, as Peugeot Sport and Sébastien Loeb set up camp on the mountain for the first official practice sessions ahead of the event.

During the morning briefs ahead of the first official practice runs, the Race Director invited the drivers to take extra care, since water from melting roadside snow had frozen overnight.

Indeed, Pikes Peak’s craggy profile culminates at an altitude of 4, 301 metres, and this part of Colorado is genuine mountain country. And, as any experienced climber will tell you, big mountains are places where Man is not in charge.

They call for humility, patience and hard work. Before making a strike for the summit and – why not? – taking the top prize on June 30, it is therefore vital not to rush things. Anyone who fails to take the challenge one step at a time runs the risk of suffering a bad bout of altitude sickness.

The one-step-at-a-time approach, in any case, was the method preferred by Peugeot Sport and Sébastien Loeb for their first week-end of practice… The first step was to put the engine through its paces on a test bench in Colorado Springs to see how it performed at altitude. That was followed by a shakedown run with the car at the town’s nearby ‘Speedway’ in order to sign off the changes that have been made since the car’s final test run in France ahead of its journey to the States. Meanwhile, Sébastien Loeb took time to familiarise himself with the 156 turns that make up the infamous course, assisted by his co-driver, Daniel Elena. 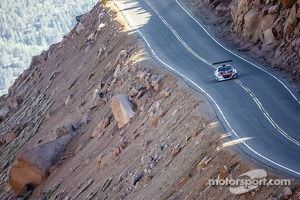 The aim of the nine climbs was to ensure that the World Rally Champion was able to associate each corner with a precise mental ‘pace note’, a task facilitated and honed by his vast experience of world class rallying. Only once all these preparations had been completed was it time to give the 208 T16 Pikes Peak its first taste of the famous hill climb, with Saturday’s run devoted to the first part of the course, and Sunday’s to the second, higher part…

“The result of the weekend is globally positive,” reported Peugeot Sport’s Director Bruno Famin. “Our ‘beast’ seems to suit to Sébastien, to the extent that we have hardly made any changes to its set-up. The car’s potential is borne out by the fact that we posted the fastest time on each run.

That said, last year’s winner Rhys Millen, who is something of a benchmark here, it still familiarising himself with his own car and there was very little real opposition. The chief lesson, therefore, is that the 208 T16 Pikes Peak is a well-sorted car and that our busy programme in the past four months seems to have taken us in the right direction. We will now need to continue in the same vein.”

“I feel very confident with the car,” confirmed Sébastien Loeb. “That’s a reassuring start, if only because of the speeds we get up to here. We are already getting close to the limit in many places. All we need to do now is make some detail changes and we will be ready for the Big Day.”

For that, the team will benefit from three more official practice sessions at the end of this week and that will mark a fresh phase in Peugeot Sport’s acclimatisation process.