Porsche turned down the chance to go for the Goodwood hillclimb record behind closed doors with its 919 Hybrid Evo prior to this weekend's Festival of Speed.

Motorsport.com has learned that Porsche was sounded out about making an attempt on the outright record of 41.60s set in 1999 by Nick Heidfeld aboard a McLaren-Mercedes MP4/13 Formula 1 car during a private session prior to the event, which starts tomorrow (Thursday).

The inquiry, which came from Porsche GB, was declined and instead the German manufacturer has stuck to its original plan for the uprated LMP1 car to undertake demonstration runs rather than taking part in the timed sessions.

A spokesman for Porsche Motorsport told Motorsport.com: "There was a request from Porsche GB to go for a time attack before the Festival of Speed, but it is not what we wanted to do."

He explained that the tribute tour for the 919 Hybrid, which scored a hat-trick of Le Mans 24 Hours victories in 2015-17, was "not about setting as many records as possible".

"The two things that were important were to show that the Evo could be faster than a F1 car on a conventional grand prix circuit and to do the record run on the Nordschleife at the Nurburgring," he said.

The 919 Evo eclipsed Lewis Hamilton's 2017 pole time for the Belgian Grand Prix at Spa with Neel Jani at the wheel in April, before Timo Bernhard unofficially broke the 35-year-old record for the Nordschleife last month (video below).

A spokesman for Porsche GB said that raising the prospect of a timed assault on the 1.16-mile Goodwood course was "a logical question to ask".

"It was never pursued, at least not assiduously," he added.

Jani, Le Mans winner and World Endurance Championship title winner in 2016, will demonstrate the 919 Hybrid over the four days of the Festival of Speed.

Porsche is the 'feature marque' at Goodwood this year as part of its 70th anniversary celebrations.

Sister marque Volkswagen will take part in the timed runs with its all-electric I.D R prototype, which broke the outright record for the Pikes Peak hillclimb in the USA last month.

VW has insisted that Romain Dumas will only attempt to break the electric record of 47.34s held by Jonny Cocker in the Drayson team's Lola B12/69 EV.

Cars entered for the competitive element of the hillclimb include Justin Law in the same Jaguar XJR-12D Group C car in which he topped the times last year.

Practice runs take place on Thursday, Friday and Saturday afternoons ahead of the so-called Shootout Final on Sunday. 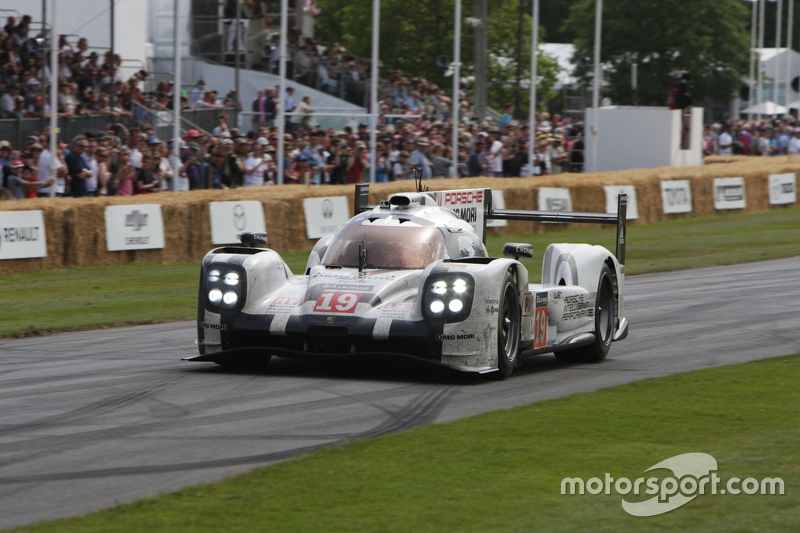 Ayrton Senna and the final F1 wins for Lotus