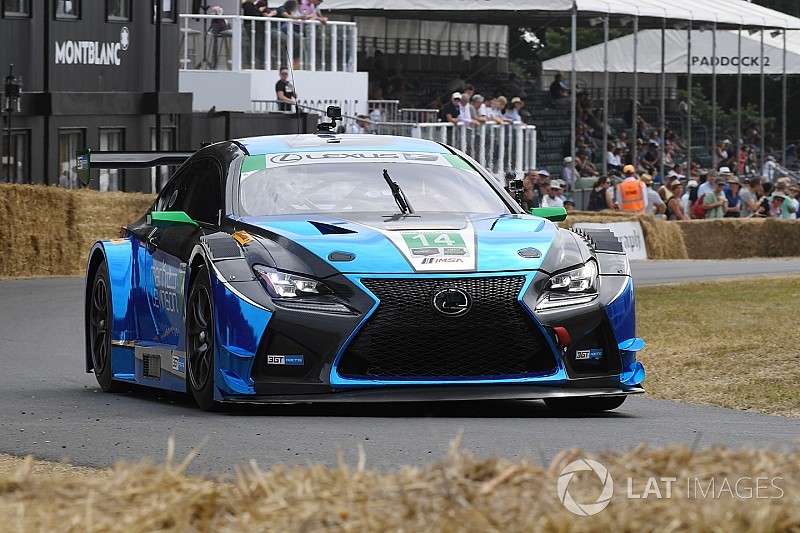 Sportscar racing veteran Scott Pruett escaped unharmed from a fire at the Goodwood Festival of Speed on Friday that engulfed his Lexus RCF GT3.

The 57-year-old American, who announced his retirement from competition after this year's Rolex 24 Hours at Daytona, had completed his second run of the day when the fire took hold entering the F1 paddock.

Pruett exited the car under his own power before the fire was contained. A Goodwood spokesperson confirmed that nobody was injured.

"Something broke - we were just about ready to turn in when I heard something snap in the rear," said Pruett, making his second appearance at Goodwood.

"I don't know what it was, the guys will get into it, but I started to smell some fuel.  They had me get out real quick and unfortunately it dumped a load of fuel on the ground.

"It makes for an exciting day, I'm glad to be here and I'm glad everybody is fine."

Pruett, a five-time Daytona 24 hour winner, confirmed that Lexus had not been planning to do a timed run in the shootout on Sunday.

Since his retirement, Pruett has concentrated on his vineyard in California, but was present in Long Beach as the Indycar grand marshal and drove the pace car before the NASCAR race at Sonoma.

"I'm not sure what that retired word is!" he said. "I'm not sat behind the wheel much, but still I'm awful busy."