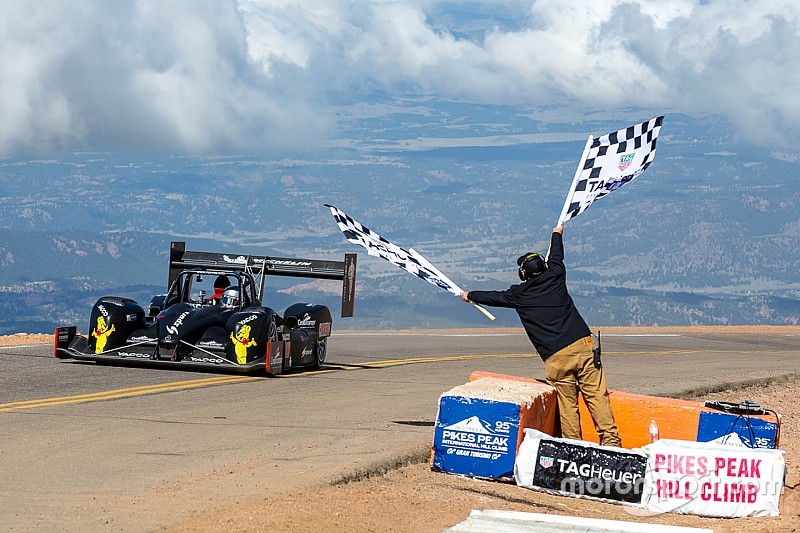 For nearly a year, Romain Dumas, Norma and RD Limited were focused on take another win

Having won in 2014 and 2016, Romain Dumas took victory in the Pikes Peak International Hill Climb for the third time on Sunday. Driving the Norma MXX RD Limited, he successfully defended his title, a feat that had not been accomplished since Monster Tajima from 2006 to 2011. However, the Alès native was unable to demonstrate the competitiveness of the car and reach his second goal of get ever closer to the absolute record, after a broken spark plugs encountered early in the run.

For nearly a year, Romain Dumas, Norma and RD Limited were focused on this moment: returning to Pikes Peak to take another win and show off the French prototype’s potential, which was designed and built specially for this event. Everything was prepared down to the smallest detail: the Norma MXX RD Limited was fitted with a revised aero package, shod with new Michelin tires as well as several mechanical upgrades. Following practice and qualifying sessions that were positive, the desire to capitalize was great. And the drive and ambition were there too. But Pikes Peak is a legendary event that is decidedly unpredictable and ruthless.

At 9:41 a.m., Sunday June 25, at the foot of the mountain, Romain Dumas took the green flag at full attack after months of work. Unfortunately, soon after the start of his run, he was slowed due to a broken spark plugs. The time (9:05.672), far from his original goal, was still good enough for the overall win, although with a strange feeling.

“It’s difficult to put words to this victory,” admits Romain Dumas with sincerity. “The primary objective was to win, which is what we did and it’s never easy here. Never. I even questioned whether I’d get to the summit…The second objective was to get closer to the outright record. After the practice days, we had a decent idea of what kind of overall time was possible. But unfortunately, this will remain a hypothetical time after the broken spark plugs, and that’s disappointing. We got first place but we wanted so much more that I’m unable to feel completely satisfied today.”

“The overall time shouldn’t overshadow the hard work from everyone involved,” adds Romain. “With Norma and all the RD Limited team members we’ve never prepared so well for this race and we had everything going for us. I’m really proud of these guys and I’d like to thank our partners and everyone who supported us and believed in us, and who made this project possible. Who knows what the future holds, but whatever challenges lie ahead, we’re going to learn from this and be even stronger. I’d also like to congratulate Laure who took on this huge challenge that’s Pikes Peak, which terrible weather conditions. That’s also the RD Limited spirit.”

A Porsche 911 SC 3.0l Gr4 was indeed entered in the Pikes Peak Open class for rookie Laure Many, the only female driver in this year’s race. An RD Limited driver since 2014, she faced apocalyptic weather at the finish of her run. The conditions were so bad, with snow, fog and hail, that she was the last driver to finish the race. She ends her first participation with a 8th position in class, …39th overall.
RD Limited and Romain Dumas will return to competition this summer with the FIA RGT Cup. After winning twice in class at the Monte Carlo and Corsica rallies, the Porsche 911 GT3 RS 4.0l will take part in the Barum Rally.