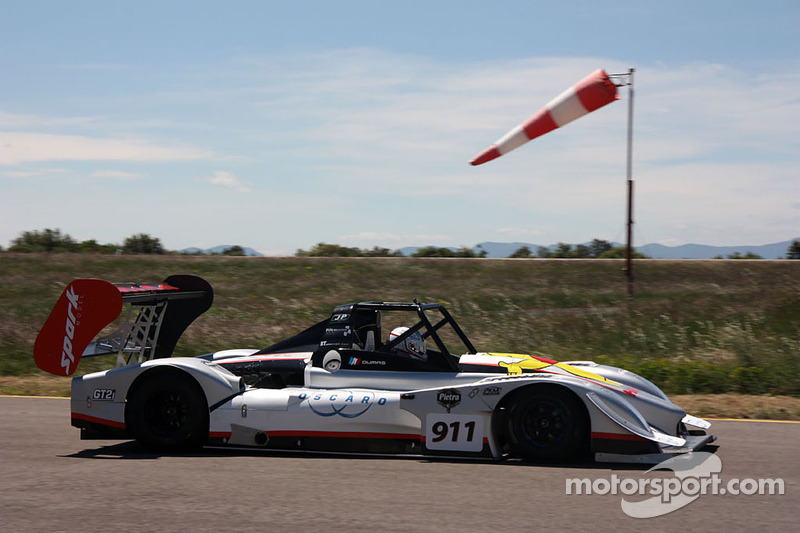 Colorado Springs - French racing star Romain Dumas, the second-fastest auto driver in the history of the Pikes Peak International Hill Climb, is at full speed in preparation for a crack at the course record on June 30 in Colorado Springs.

He held the course record of 9:46.181 for a brief period of time last year in winning the Pikes Peak Open as a rookie, only to see Rhys Millen break it moments later in the Time Attack division.

Dumas held two tests of the new Norma he will be driving at Pikes Peak last weekend in Ales, France, and was satisfied with the results.

“These tests were very interesting,”said Dumas. “The Norma M20FC PP is like how I imagined it, light and agile, with good downforce. Most of our work will be focused on the engine, where we still have potential for improvement. Of course, there are still things we need to learn about the car, but the potential is there.”

“We opted for a different solution, with different advantages. It’s up to us to prepare the best we can in the short time remaining in order to take on the strong competition (in the Unlimited division). We don’t have the backing from a big manufacturer, but Norma knows how to make prototypes that perform well. It’s going to be a big adventure, a human one,” Dumas added.

After an onboard fire ruined the debut of nine-time Unlimited winner Nobuhiro “Monster” Tajima in the Electric Auto division, the former course record holder (9:51.278) in 2011 on the old asphalt, dirt and gravel course, the 63-year-old Japanese driving legend is preparing his 2013 E-Runner Pikes Peak Special harder than ever for a run at the new record.

The 2013 Monster Sport E-RUNNER Pikes Peak Special is an all-improved version based on last year’s model. Improvements have focused primarily on reliability and the reduction of vehicle weight, and the efforts have produced a much lighter and durable package.

The auto has been specially designed by his own company, Tajima Motor Corporation, from the ground up in hopes of breaking the record again. He has partnered with Team APEV (The Association for the Promotion of Electric Vehicles) from the beginning when he switched from his gasoline-powered entries to the Electrics, with the commitment to the preservation of the global environment and the proliferation of electric vehicles around the world.

The Electric Auto division is chock-full of challenges for Tajima, who remains unafraid of such things on the Peak since his first entry in 2005. He’ll be facing six-time motorcycle champion Greg Tracy (2013 Mitsubishi MiEV Evolution) in Tracy’s first crack at piloting an automobile on Pikes Peak, two-time Electric winner Ikuo Hanawa of Japan (2011 Summit HER-02), who won in 2010 and 2011, and the venerable Rod Millen (2013 Toyota TMG EV P002), the 62-year-old racing legend who has won five Unlimited crowns and the 2011 Time Attack title in his return to America’s Mountain.

Tracy became a member of the new “9 Minute Club” last year when he clocked a classy 9:58.262 in the Pikes Peak 1205 motorcycle class, just behind winner Carlin Dunne, who finished in 9:52.819 to set the Peak’s all-time bike course record.

Look out for Doug Siddens and his Polaris RZR-X1 in the Unlimited division this year. He has been working overtime on this model in order to get a crack at history on the Peak this year.

“A little over a year ago my speed obsession turned to a 2009 Polaris RZR-S. Since then I have transformed it into one of the most powerful and exhilarating UTV's on the planet,” says the 32-year-old driver from Cedar Park, Texas.

His UTV surprised last year with the tenth-best time on the Peak at 10:40.669 in taking the title in the Exhibition Powersport division. Now, he’s taking on the legends of the race in the prestigious Unlimited division and making people take notice!