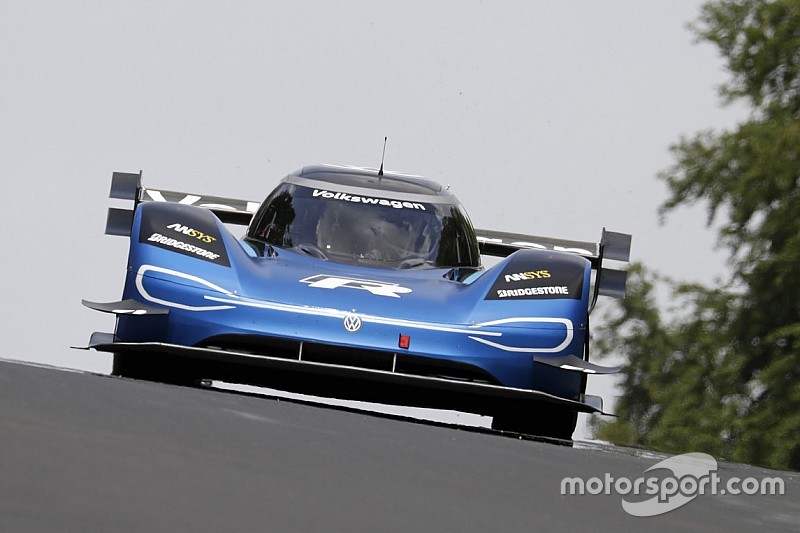 VW clinched the outright electric record at the 2018 edition of the FoS with the third-fastest time in the history of the event. That time was 1.45 seconds away from the outright record of 41.60s set over the 1.16-mile course by Nick Heidfeld in a McLaren-Mercedes MP4/13 in 1999.

Since then, the ID. R has been developed by VW and it set a new lap record of electric vehicles at the Nurburgring's fabled Nordschleife last month. VW Motorsport technical director Francois-Xavier Demaison says the car will head to this week’s FoS “optimised for a sprint”, with the aim of breaking Heidfeld’s record.

“A change is taking place in the field of production vehicles and in motorsport,” said Smeets. “Electric cars are becoming increasingly more powerful and have long since reached the same level as cars with combustion engines in many areas. [At] Goodwood, we want to show that the electric drivetrain in the ID.R can mix it with Formula 1.

“However, whether or not Romain Dumas can successfully challenge Nick Heidfeld’s track record also depends on the conditions at the weekend.”

Dumas, who also drove the ID.R during its record runs at the Nurburgring, the Pikes Peak Hillclimb and at the FoS last year, explained that the doubts over the track conditions stemmed from the difficulty in “[judging] correctly how much grip the track will provide”.

“That changes all the time over the course of the weekend,” he added.

In a bid to boost VW’s record attempt, Bridgestone is supplying the manufacturer with special soft tyres to provide extra grip during its runs. Demaison also explained that the keys to being successful in a hillclimb record attempt for any car are “maximum power and minimum weight”.

“[At] Goodwood, the only things that count are maximum power and minimum weight,” he said. “With [the] driver on board, the ID.R weighs less than 1,000kg.”

Heidfeld will also appear at this year’s FoS, driving a Mahinda Racing Gen2 ABB FIA Formula E car fitted with the team’s 2019/20 powertrain in a bid to break the electric record currently held by the ID.R, as well as better the FoS open-wheel electric best time.