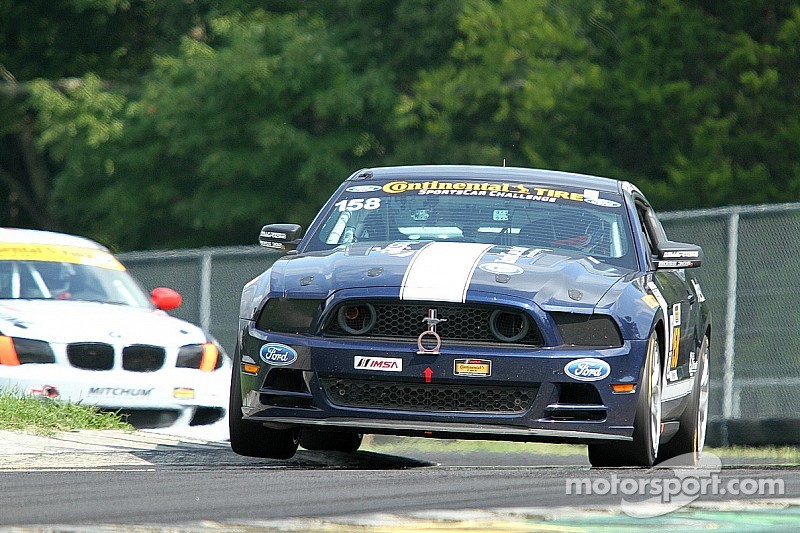 The final margin of victory was 2.186 seconds seconds.

“The last 55 minutes of the race were tough to watch, knowing the entire season was coming down to this,” said Hindman. “Then the last 10 minutes made me hate the sport of endurance racing, but I must say that as soon as the checkered flag flew and we won the championship, I loved the sport once again.”

Championship contenders Andrew Davis and Robin Liddell were leading the race in the Stevenson Motorsports Camaro entering the last hour.  While fighting with Mark Wilkins and his Aston Martin to keep their championship hopes alive, the two tangled.  Wilkins went off and Liddell faded to a very unrepresentative 10th place.  At that point all that was needed to give Hindman the championship was for Edwards to hold position.

In the ST class, Ryan Eversley and Kyle Gimple won the race in their Compass360 Racing Honda, but the sixth-place class finish by Jeff Mosing and Eric Foss in the Murillo Racing Porsche Cayman was sufficient to bring Foss the driver title.  Mosing missed the Madza Raceway Laguna Seca round because of back spasms and thus missed out on sharing the championship.