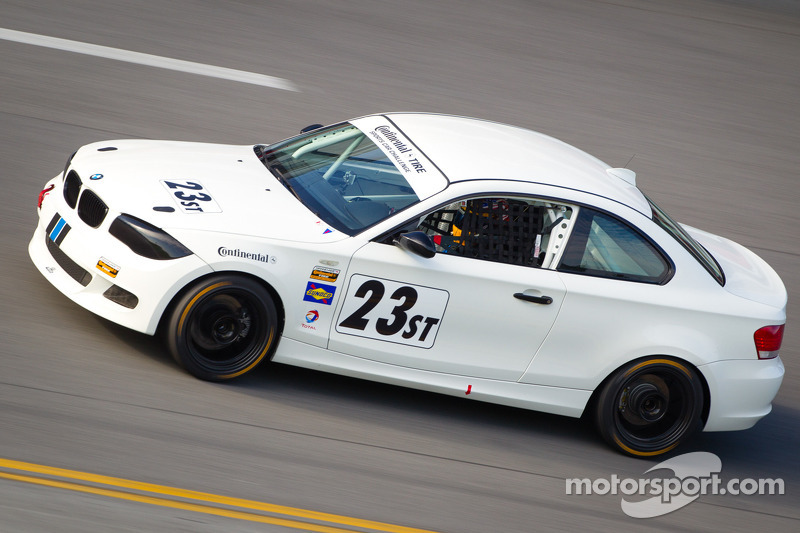 Returning championship line-up in No. 23 entry with Mike LaMarra and Terry Borcheller.

Indianapolis, Ind. - After taking a big victory at the Indianapolis Motor Speedway on the way to securing the 2013 IMSA Continental Tire SportsCar Challenge (CTSCC) Team and Driver Championships, Burton Racing will look for another strong season as the team is set return to IMSA competition in 2014 with a two-car line up.

The team is pleased to announce the return of Terry Borcheller and Mike LaMarra to share the driving duties in the No. 23 Burton Racing BMW 128i machine as the duo look to stage a successful championship defense in 2014.

Joining Burton Racing in 2014 to co-drive the No. 22 Burton Racing BMW 128i will be Connor Bloum and Greg Strelzoff. The duo raced together in CTSCC ST-Class competition last season, scoring three podium finishes behind the wheel of a BMW 328i. 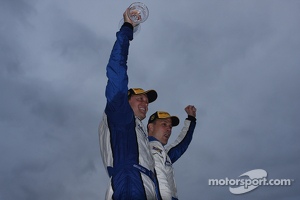 2013 marked a breakthrough season for Burton Racing, and the team has been carefully planning and preparing to build on that success in 2014.

Burton Racing is steered by Keith Burton, who first started the team in 2007 after he worked his way up in the sport after first starting as a mechanic in the open-wheel ranks. The team will already have a head start on the 2014 season after completing a successful test last week at Road Atlanta, which will play host to the season-ending race in October.

“When I started this team, I focused on having the right people in the right place to build a championship-winning organization,” said Keith Burton. “So it was very gratifying to have the results that we did last year. But now, we have a new challenge to come back as champions and deliver that same kind of performance.

We are very excited about that challenge. Having Connor and Greg join us this year and Mike and Terry coming back again is a great opportunity for everyone involved.”

The opening round of the 12-race championship will take place at Daytona International Speedway as part of the big season-opening Rolex 24 At Daytona event.

Mike LaMarra, No. 23 BMW:  The 2014 race season will mark Mike LaMarra’s third year of professional racing in the IMSA Continental Tire SportsCar Challenge Series. He is the defending ST champion after having claimed the championship title last year by a nine-point advantage with co-driver Terry Borcheller. LaMarra has driven for Burton Racing since the team’s debut in 2011 and competed in both of the team’s BMW entries last year (co-driving with Borcheller in the No. 23 and with Joe Koenig in the No. 22). He has scored six podium finishes which include victories at Road Atlanta and Indianapolis Motor Speedway in 2013.

Terry Borcheller, No. 23 BMW:  Terry Borcheller has amassed a remarkable seven professional sportscar championships including last year’s ST championship with Burton Racing in the 2013 IMSA Continental Tire SportsCar Challenge Series. He is a three-time winner of the Rolex 24 At Daytona and competed in the 24 Hours of Le Mans five times – standing on the podium in his debut. Having driven for over 20 different manufacturers, Borcheller has also claimed victory in the Sebring 12 Hours and has won more than 60 races overall.

Connor Bloum, No. 22 BMW:  22-year old Connor Bloum, who resides in San Diego, California, joins Burton Racing for the 2014 IMSA Continental Tire SportsCar Challenge Series. Bloum is fresh off of his rookie season in which he co-drove with Greg Strelzoff for Bimmerworld Racing in 2013. The duo scored two podium finishes of third at Road America and Lime Rock Park. He began racing downhill mountain bikes at the age of 15 and placed second in the USA Cycling 18-and-under National Championships when he was 17 years old. After a close friend, John Capestro-Dubets, introduced Bloum to the world of motorsports, he transitioned into car racing. He won the Skip Barber Mazda MX-5 Summer Series as well as Rookie of the Year honors when he was 19 after having claimed eight wins and 15 podiums in 16 races. The 2014 season will mark Bloum’s second full-season campaign in the Continental Tire SportsCar Challenge championship.

Greg Strelzoff, No. 22 BMW:  Greg Strelzoff once again teams with co-driver Connor Bloum as the pair pilots the No. 22 BMW 128i for Burton Racing in the 2014 IMSA Continental Tire SportsCar Challenge Series. It will be the second consecutive year in the highly competitive ST category for the duo, who previously drove for Bimmerworld Racing in 2013. Strelzoff made the move to sports car racing after several successful years in Skip Barber. In 2009, Strelzoff won the first unanimous Rookie of the Year Award in his first year in the Skip Barber Summer Series. He also won his first race of the Winter Series not far from where he resides in Los Angeles, California – at Mazda Raceway Laguna Seca. The 2010 season saw him win three races and stand on the podium six times on the way to claiming his first Masters Championship. He continued to collect wins and podiums in Skip Barber before debuting in the Continental Tire SportsCar Challenge last year. Strelzoff and Bloum combined for two podium results in 2013 with third place finishes at Road America and Lime Rock Park.