Round one at Daytona International Speedway marks the first time that Rob Ecklin and Charles Espenlaub have driven together.

Round one at Daytona International Speedway marks the first time that Ecklin and Espenlaub have driven together, but both of them are already right at home at Automatic Racing. Ecklin has been competing with Automatic Racing since his series debut in 2011, and this marks a return for Espenlaub, who drove with the team from 2008 to 2009. 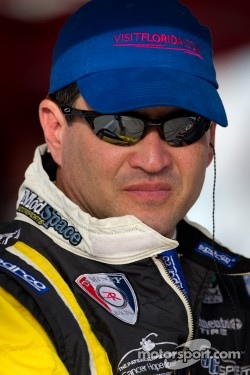 In addition to his new co-driver, Ecklin is also looking forward to being in a new car. The 2014 season marks his debut in an Aston Martin. “I’m excited that this came together. This is a great opportunity, and of course I really enjoy Automatic Racing. We are looking to be running faster lap times this year. I’ve already been consistently faster in testing, and I’m looking for better results as we move forward in the season,” Ecklin says.

During his tenure with Automatic Racing, Espenlaub earned ten top-ten finishes in the GS class. He is also a GS champion, having won the title in 2010.

“I enjoyed my time with Automatic Racing, and I’ve worked with David Russell a lot over the years, so coming back for Daytona was an easy choice,” says Espenlaub. “I’m looking forward to the chance to drive the Aston Martin, especially since it’s become such a well-developed car.”

In addition to the No. 99 Invisible Glass Aston Martin, Automatic Racing is still planning to enter their second Aston Martin this season, and they hope it will debut in round two at Sebring International Raceway.

Automatic Racing begins their 13th year in the IMSA Continental Tire SportsCar Challenge Series with round one at Daytona International Speedway on Friday, January 24. Look for the No. 99 Invisible Glass Aston Martin in the GS class when the green flag drops at 1:45 p.m., and during the Fox Sports broadcast that evening, beginning at 6:00 p.m.

Up in the air: Continental Tire Challenge ST preview