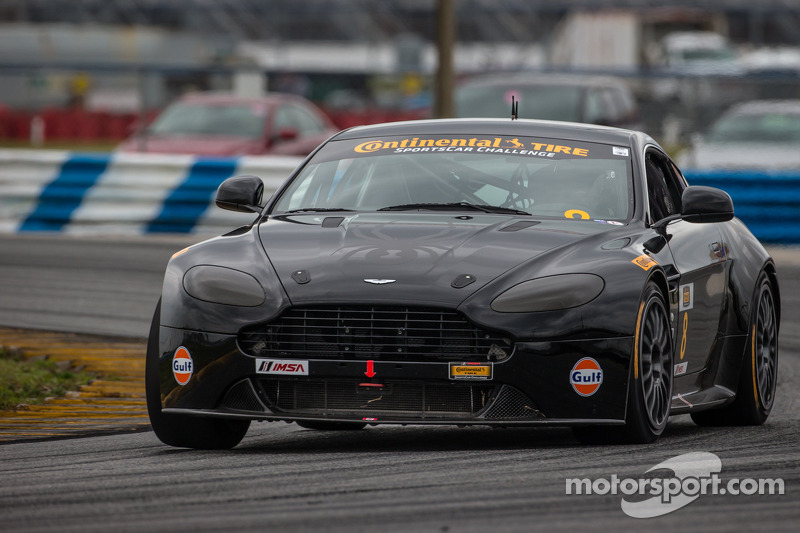 Mantella Autosport will look to play a big role as history is written at Daytona International Speedway.

Daytona Beach, Fla. – The opening round of the 2014 IMSA Continental Tire SportsCar Challenge (CTSCC) championship this Friday marks the start of a new era in racing, and Mantella Autosport will look to play a big role as history is written at Daytona International Speedway when the team makes its official competition debut. 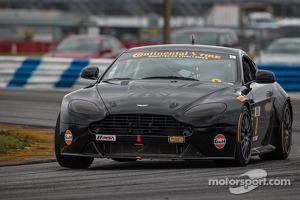 Mantella Autosport pilots Anthony Mantella and Mark Wilkins will share the driving duties of the No. 8 Powered by Spyder/Gulf Aston Martin Vantage in Friday’s 2.5-hour BMW Performance 200 (US broadcast: Fox Sports 2 at 6:00 PM ET Friday, January 24). The race outing not only marks the debut for the Mantella Autosport team, but also the CTSCC debut for its namesake Anthony Mantella. The Canadian racer moves up to the CTSCC stage after two years of racing in the IMSA developmental Porsche GT3 series.

Mantella’s co-driver Wilkins, who also hails from Palgrave, brings a vast amount of experience that includes wins in Daytona Prototype and LMPC competition, but the Daytona outing will be just his second career start in the CTSCC category.

Adding to the list of new items for Mantella Autosport is the impressive equipment that the team will utilize, having selected the quick and breathtaking Aston Martin Vantage to do battle in the GS Class.

While the team carries the ‘rookie’ moniker, a closer look shows that there is a lot of experience at Mantella Autosport as the group is set to arrive in Florida prepared and ready to go. The team made excellent use of the Roar test days just a few weeks ago and left the weekend excited for the race.

“The first few laps at Daytona were a little apprehensive and I had lost some sleep in preparation,” said Mantella of driving the car on the fabled 3.56-mile track for the first time. “But after 30 minutes in the car, the lap times were exceeding my expectations and now the only thing keeping me awake at night is the excitement to compete against my competitors at such a historic track.”

For Wilkins and Mantella, the test was the first chance to run through a full test schedule with the production-based Aston Martin, which has a traditional “H-pattern” gearbox. Each session saw the duo picking up speed and confidence as the laps brought new data for the drivers and the team.

“It was my first time driving the Aston Martin, but it felt great,” said Wilkins. “I was very pleased with the car’s handling characteristics and immediately felt confident with the platform. Anthony (Mantella) came up to speed quickly and progressed every session. The team worked well together and when we had some adversity at the start of the weekend, challenges were quickly overcome and we were back on our way. I feel we have a strong package overall and it will be fantastic to kick off Mantella Autosport’s debut at Daytona.”

In preparation for the race, the Caledon-based team has taken the car back to the shop and fully gone through every key component on the uniquely-liveried Aston Martin. The human component has also not been forgotten as the team targets success, with Mantella upping his gym visits between his stops at the Toronto-area team shop to work on pit stop practice and driver changes with Wilkins.

“I am pleased to see the team performing well as a unit,” said Team Manager Andrew Wojtecko. “We had a setback early in the Roar test but were able to isolate the issue and get back on our planned testing schedule. We will continue to evaluate setup parameters leading up to the race and ensure Anthony and Mark have the best possible car available to them. We’ve got an extremely talented group of guys all working toward one common goal, and the results are sure to follow. I am really excited to kick off Mantella Autosport’s debut race. “

Although the debut of the IMSA Continental Tire SportsCar Challenge presents plenty of new challenges for Mantella Autosport, the team is prepared and excited to face those challenges and score a positive result in their premiere race next Friday.