CTSCC: Rum Bum Racing looking to move up in Monterey 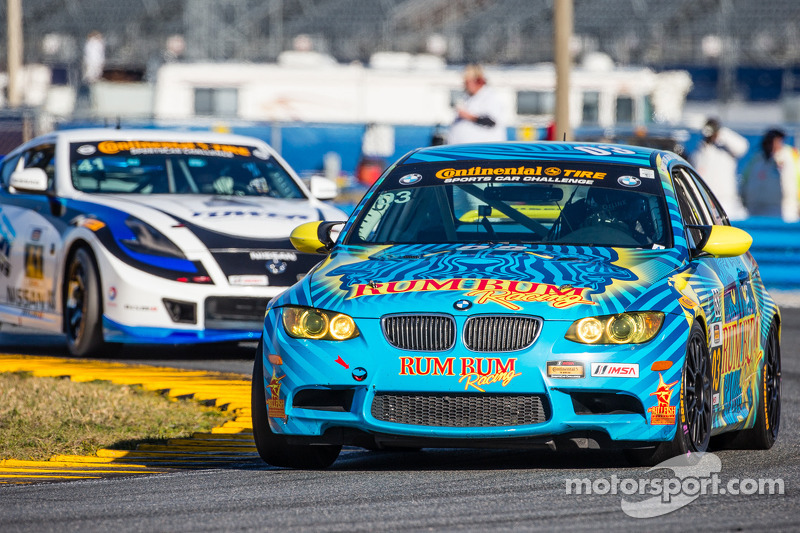 The champion team looks to build momentum in their title defense.

Monterey, Calif. – Luis Bacardi’s Rum Bum Racing will take the green flag for Saturday’s Continental Tire Grand Prix of Monterey from 13th on the grid after Nick Longhi set a fast lap time of 1:37.029-seconds in the No. 13 Rum Bum Racing Porsche on Friday.

The 15-minute session saw Longhi able to set the time early, and come within tenths of an identical lap time, lap after lap.

“That car can do that lap time for an hour, no problem,” said Longhi. “While it is great that the car is that consistent, it’s just frustrating that the speed just isn’t enough.”

The field has seen a range of new high-horsepower machines join the championship, and the new entries have stolen the march early in the year with two races in the books.

“The car really is as good as we’ve ever had it here. It’s balanced under braking and we are getting a great launch out of the slow-speed corners,” continued Longhi. “But we are carrying the BOP (IMSA’s “Balance of Performance”) weight and that really has a much bigger affect on us with one of the smallest motors in the field.”

Longhi and Plumb, who scored a podium finish at the track in 2011, have a deep reservoir of experience, and with Joe Varde calling the shots from the pit box, could still be a factor in the race on Saturday.

“It’s the team that has won the races and championships, not the car,” said Longhi. “So, it’s frustrating that the rules right now have our car with all this weight. That’s really frustrating for me as a driver. But on the other hand, this is a team sport and this is simply an incredible team so we just have to focus on doing our jobs as well as we can tomorrow and seeing where that puts us.”