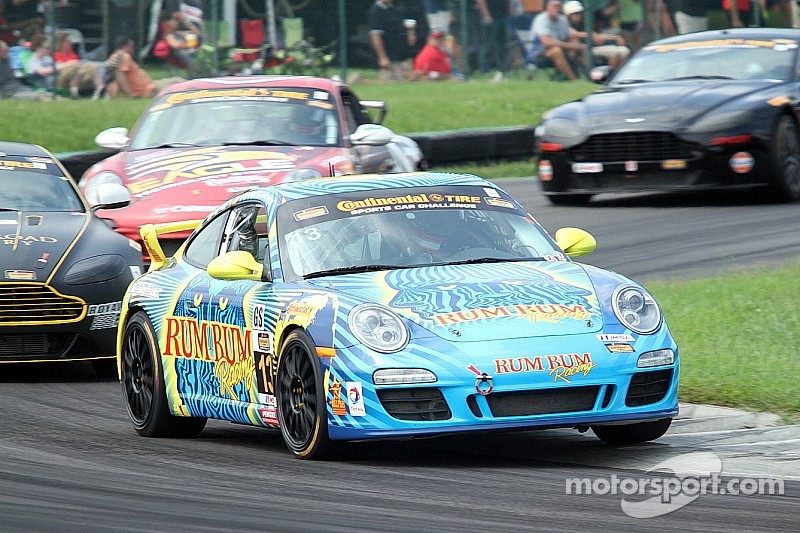 Orlando, Fla. – The saying is that “everything is bigger in Texas,” and this weekend, that describes the size of the ambition for Luis Bacardi’s Rum Bum Racing as the team has big plans for the IMSA Continental Tire SportsCar Challenge race as part of the big Lone Star Le Mans event at the Circuit of the Americas on Friday.

With championship titles in 2012 and 2013, Bacardi’s Rum Bum Racing enters the race weekend as the defending IMSA champions. But for Rum Bum Racing fans, the 2014 season has been far from satisfying as the team has suffered a streak of foul racing fortunes so far this year.

It will be a different look for us, with Nick (Longhi) working on the technical director side and Hugh (Plumb) jumping in to drive for us like he did with Kaz (Grala) earlier this year.

But with a few weeks to regroup, the team is fresh and focused ahead of the visit to the spectacular Circuit of the Americas just outside of Austin, Texas. The 3.4-mile circuit, which also plays host to Formula 1, Moto GP, and World Endurance Championship events, is an audacious mix of long flat out straight-aways and a series of challenging, technical switchbacks, with a pair of big braking hairpins in the mix for good measure.

The track is one the team knows well, having qualified third and finished fourth at the circuit in 2013.

This weekend will see a new look as Rum Bum Racing driver Nick Longhi, who has been with the team since the drop of the first green flag at Daytona in 2010 and was part of every one of the team’s 15 victories either as spotter or driver, will graduate from the cockpit to the pit stand as he focuses on an engineering role for the team at the Lone Star Le Mans event.

"The win ratio that Matt (Plumb) and I have had as co-drivers is arguably the best in GS history, and that's all because we are a team,” said Longhi. “Whatever each individual has to do at any given time, we do, with the common goal of success. The last time I made this type of shift it resulted in winning the 2010 and 2012 IMSA GT Championships, and I'm 100% focused on optimizing the total team effort that Lu (Bacardi), Matt (Plumb), Joe (Varde), and all of us at Rum Bum Racing are all about."

Returning to the Rum Bum Racing squad for the weekend will be Hugh Plumb, who will take on the qualifying and opening-stint driving duties this weekend before turning the car over to one of the category’s winningest drivers Matt Plumb. Hugh Plumb raced for Rum Bum Racing earlier this year at Daytona International Speedway in which he and co-driver Kaz Grala finished fourth.

“We are all looking forward to the Texas weekend,” said driver and Rum Bum Racing Team Manager Matt Plumb. “It will be a different look for us, with Nick (Longhi) working on the technical director side and Hugh (Plumb) jumping in to drive for us like he did with Kaz (Grala) earlier this year.

We aren’t a factor in this year’s championship unfortunately, but it gives us the chance to use all of our resources to put ourselves in the best position to win these last two races. We are fortunate to have the kind of caliber of guys that we do with Nick (Longhi), Joe (Varde, crew chief), and Hugh (Plumb), and hopefully this drives us to that point where we can be fighting for wins and championships again.”

Utilizing different driver combinations in the final two races of the 2014 season, 2009 World Challenge GT champion Brandon Davis will drive alongside Plumb in the final race of the year at Road Atlanta. Davis comes to the team with loads of sports car experience with a long list of racing accomplishments that include becoming the 2011 NASCAR Whelen All-American State Champion, as well as the 2005 World Challenge Rookie of the Year.

The Circuit of the Americas race weekend will open with two practice sessions on Thursday ahead of a 15-minute qualifying session which is set to begin at 6:00 PM ET. The 2.5-hour race will begin at 1:20 PM ET and will be streamed LIVE on imsa.com.