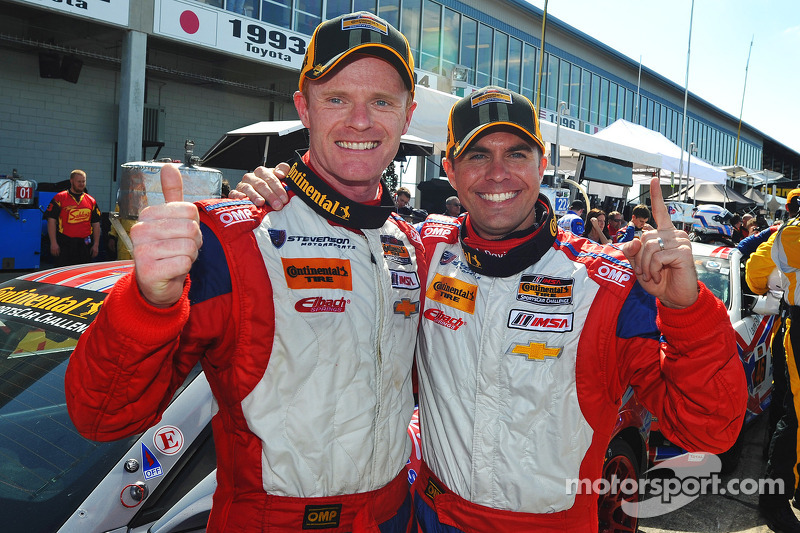 The team scored a breakthrough victory with drivers Robin Liddell and Andrew Davis on Friday.

Sebring, Fla. Stevenson Motorsports once again brought new pride to the Bow Tie as the team scored a breakthrough victory with the No. 6 Stevenson Motorsports Chevrolet Camaro Z28.R at Sebring International Raceway with drivers Robin Liddell and Andrew Davis on Friday. The race marked round two of the 2014 IMSA Continental Tire SportsCar Challenge championship, and was the first win for the all-new Z/28.R in just its second race. 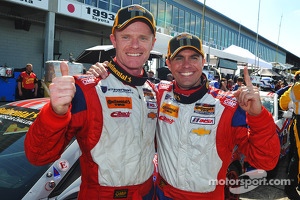 In fact, at one point during the race, the two cars were running nose to tail in a heated battle for position. But past the midway point, Robin Liddell in the No. 6 Camaro swept around the outside of the leaders on a restart from a full course caution and into the lead.

Unfortunately, the fortune turned for the worse for the sister machine as that same restart saw Andy Lally caught up in a tussle between two other drivers as they approached turn one, had some slight contact resulting in a spin which dropped him back to eighth.

A full course caution for a significant accident involving a Mazda Miata meant the final 20-plus minutes of the race were run under yellow as the safety team tried unsuccessfully to clean up the debris and return the field to green flag racing.

Team owner Mike Johnson was elated. "You win 'em, you lose 'em. The drivers were fighting really hard, doing what needed to be done in terms of saving their tires for the end and keeping the temperatures under control. We had a some concerns but it worked out. All four guys did a great job. We're just really happy for the team, General Motors, Pratt & Miller, Stevenson Automotive Group; that whole group combined and just worked so many long nights to get to this point. I know the car looks good and it goes fast and maybe people on the outside think that's easy but it's really, really hard. The credit really goes out to the crew that has made that happen."

Though Stevenson Motorsports entered the year on the strength of two consecutive runner-up finishes in the championship and multiple wins with the Camaro, the victory marks the maiden win in the Z/28.R and made the day a sweet one for all involved.

"This is quite a big deal for us as a team,” said Lidell, who established a new track record ruing the race. “This is my seventh season with Stevenson and I've been involved with the development of this Z/28.R right from the get go when it rolled out of the shop up in Michigan. Though we had some teething troubles at Daytona, here we thought we had a reasonable chance. It's a big deal in the company (General Motors) and it has been a big effort for the team. I don't think people realize how much effort has gone into this car already. I'm very happy to have taken the first win for this car, for the team, for the new program, for GM, for Chevrolet, it's quite exciting for us."

After focusing the efforts in 2014 to the Continental Tire Challenge, the team hasn’t missed a step as having a deep roster of talent through the organization shows itself in the strong performance.

“We've got a tremendous crew and team with lots of years of experience together,” said team owner John Stevenson. “With a brand-new car it's taken us a little while to get it pulled together but, they are very difficult to beat. Mike (Johnson) does an awesome job on the box and obviously, it's nice to have Andrew (Davis) back because Robin (Liddell) and Andrew make a hell of a good team.”

Davis had to keep his celebrations short as he prepared to qualify for the Sebring 12 Hour race, but was no less pleased to savor the moment, no matter how brief.

“Celebrating on the podium is my favorite thing to do!” said Davis. “I can't say enough about Stevenson Motorsports and the opportunity to return with them. As you guys know, I ran three seasons with them and my teammate Robin Liddell in the GT Rolex Series and now with the new GS program running the Camaro Z/28.R they asked me back. I'm just absolutely thrilled with a victory in our second race together. It means a lot for me personally to share the podium with Robin; we're great buddies and he just does a tremendous job.”

The team will be back in action at Mazda Raceway Laguna Seca May 2-4 for the Continental Tire Sports Car Festival.

BMW drivers finish on the podium in CTSCC race at Sebring