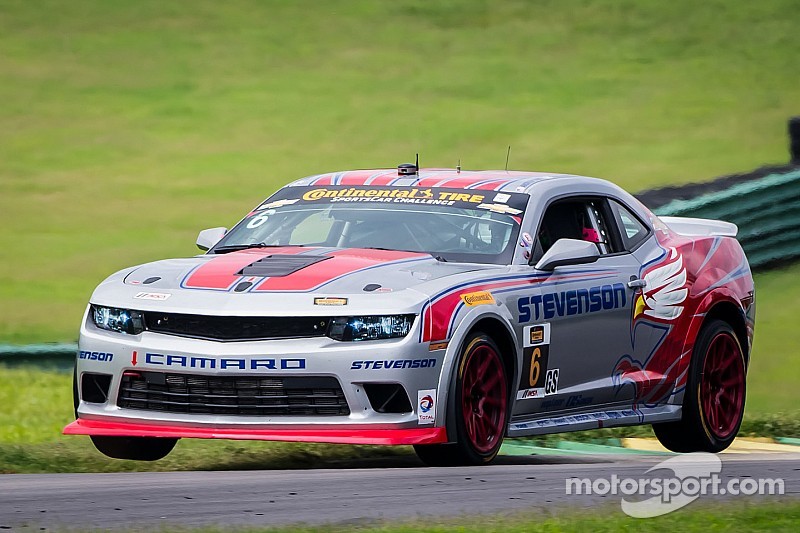 Andrew Davis took a potential step toward the Continental Tire SportsCar Challenge Grand Sport (GS) title on Thursday, capturing his second TOTAL Pole Award of the season in qualifying for Friday’s season finale on his home track of Road Atlanta.

Davis, who hails from nearby Athens, Ga., turned in a best lap of one minute, 31.647 seconds (99.774 mph) in the No. 6 Stevenson Motorsports Chevrolet Camaro Z/28.R he co-drives with Robin Liddell. They enter the finale trailing BMW M3 driver Trent Hindman by five points in the GS point standings, 296-291.

“I’ve got the best view in the house for the start – especially if there’s inclement weather,” said Davis, who captured his second career Continental Tire Challenge pole. “This was huge for me, because this is my home, and I have a lot of family and friends here to witness this. I knew we were going to have one lap to do it.”

Shortly after Davis turned in his fast lap, Max Riddle crashed the No. 07 TRG-AMR Aston Martin Vantage in Turn 10, bringing out a red flag that put an early end to the session. Hindman was a few seconds away from completing his first lap when the red flag waved, leaving him without an official qualifying time in the No. 46 Fall-Line Motorsports Trim-Tex BMW M3 he shares with co-driver John Edwards. As a result, the points leader will start at the back of the 19-car GS grid.

Coming off his second Street Tuner (ST) victory of the season two weeks ago at Circuit of The Americas, Kyle Gimple continued that momentum by capturing his first career TOTAL Pole Award in the class with a lap of 1:36.763 (94.499 mph) in the No. 75 Compass360 Racing Children’s Tumor Foundation/Racing4Research.org Honda Civic Si. Gimple scored his first career victory earlier in the season at Watkins Glen International with Ryan Eversley, with whom he also drove to the COTA victory.

“Winning at Austin – a place where we weren’t supposed to win at when the rain fell – really boosted our momentum,” Gimple said. “Our Civic has been really strong all year in qualifying. We knew we had a strong car here for qualifying, so my goal was to go out and put it on pole. We usually do one (lap) and done (in qualifying), but I knew my first lap wouldn’t hold for the time. So I put my head down on my second lap and went for it. I just hoped that would hold – I wasn’t going to do another lap and wear out the tires.”

The race will go green at 1:15 p.m. ET on Friday and will be streamed live on www.IMSA.com.

CTSCC: One last shot at redemption at Road Atlanta for CJ Wilson Racing