Davison and Kris Wilson teamed in the No. 07 TRG-AMR Aston Martin Vantage giving Davison, the team and Aston Martin their first victory in the series. It was the second victory for Wilson, who narrowed the gap in the Grand Sport (GS) point standings in the process. 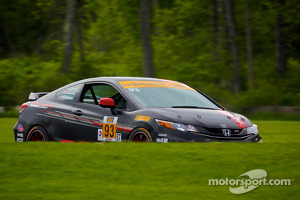