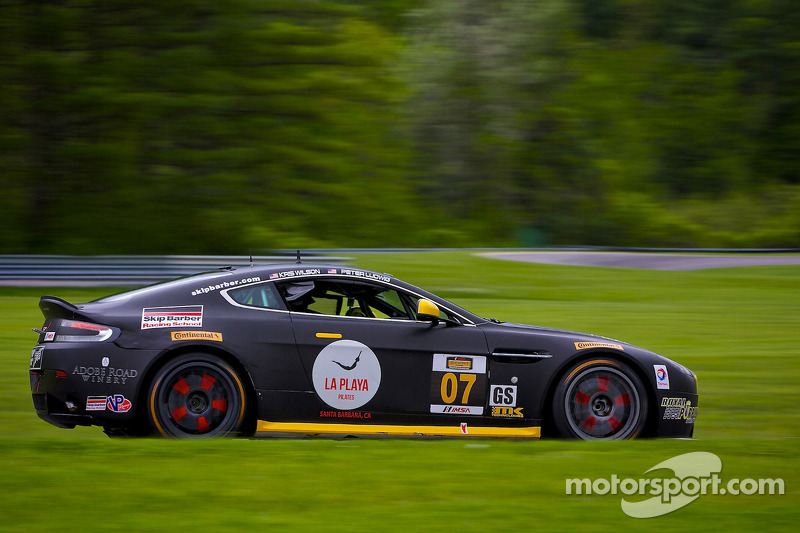 Fresh from his rookie run in the Indianapolis 500, James Davison prevailed in a terrific battle with Matt Plumb throughout the final hour to win Saturday night’s Continental Tire SportsCar Challenge race at Kansas Speedway.

Davison and Kris Wilson teamed in the No. 07 TRG-AMR Aston Martin Vantage (in photo, from a previous race) giving Davison, the team and Aston Martin their first victory in the series. It was the second victory for Wilson, who narrowed the gap in the Grand Sport (GS) point standings in the process.