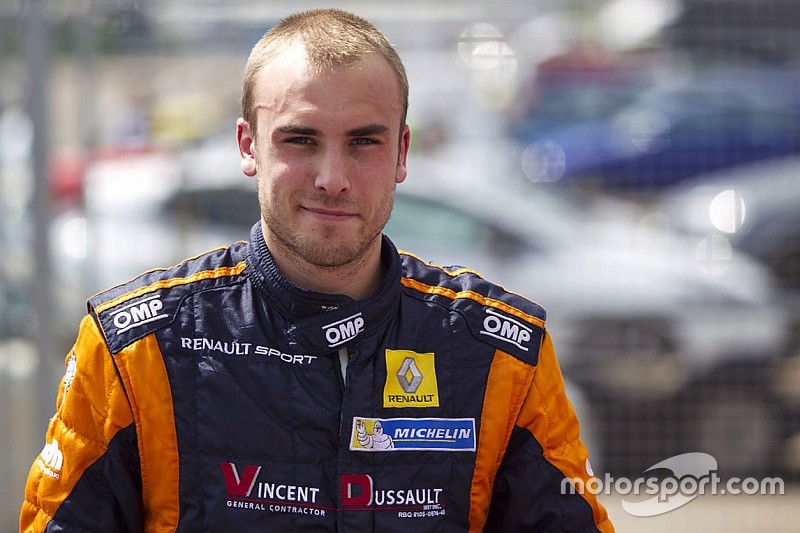 Patrick Dussault has decided to switch from the NASCAR Pinty’s Series to the Ultra94 Porsche GT3 Cup Challenge Canada by Yokohama for 2017.

“There was a fantastic opportunity for me with Groupe Lauzon Porsche,” Dussault told Motorsport.com. “They contacted me to know if I was interested to race for them. There was already a link between them and me, as my father’s construction company built their latest Porsche dealership. I couldn’t refuse such an offer. I prefer to contest a full season in the Porsche Cup rather than do just five races in the NASCAR Pinty’s series, because I have a limited budget.

“This also is a good move for my career as I try to make the switch to endurance racing. Porsche is a fantastic name in endurance racing and this may take me to contest prestigious events like the 24 Hours of Le Mans or the 24 Hours of Daytona. I’m really happy to race for GT Racing. This team operates like a European organization. I’m now getting ready to do eight days of testing in the U.S. before the start of the season,” said Dussault, who was awarded the Bertrand-Fabi trophy in 2015. This trophy is given to the best Canadian driver racing outside the country.

The opening round of the Ultra94 Porsche GT3 Cup Challenge Canada by Yokohama will be held at the Canadian Tire Motorsport Park near Toronto during the Victoria Day holiday weekend.