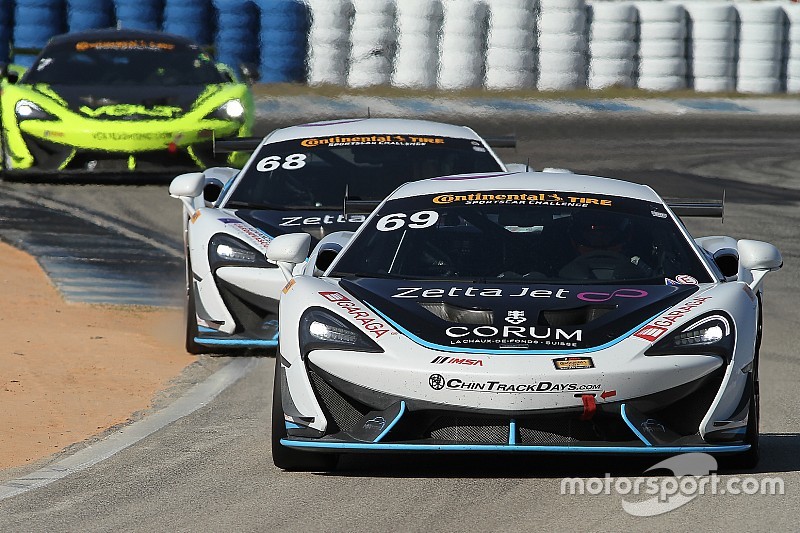 The two Montreal racers gave the Motorsports In Action (MIA) its first podium in the team’s only second race in this competitive endurance series.

The team other McLaren, driven by Ontario’s Kenny Wilden and American Dr. Rod Randall, finished in eighth place after small contact with another car, dropping him several spots.

Lazare and Green qualified the No. 69 McLaren in second place. Moments after the start of the two-hour race, Green powered his way to second place, before losing one spot and ending his stint in third place. This coincided with a long yellow after just under an hour of racing. Taking place behind the wheel, Lazare, made his way into the lead, forty minutes before the finish.

To ensure the car wouldn’t run out of fuel during the closing moments of the race, the MIA team brought Lazare into the pits. However, another full course yellow took place twenty-five minutes before the finish.

The green was waved with just ten minutes to go, and Lazare managed to gain one spot in the last lap, to eventually finish second, less than three seconds behind the winner.

Scott Maxwell and Jade Buford won the race in their Ford Mustang. The next round of the IMSA Continental Tire SportsCar Challenge series will take place at the Circuit of the Americas (COTA), in Austin, Texas, on May 5th.