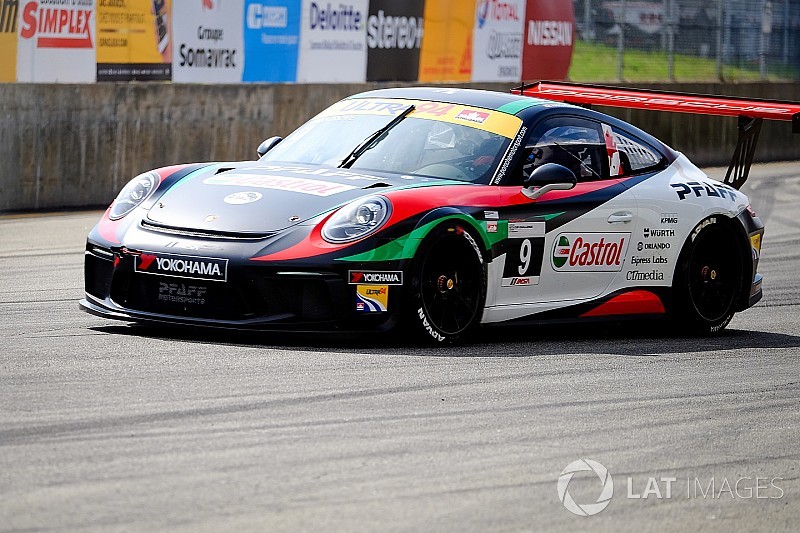 Championship leader Scott Hargrove started his weekend by planting his Pfaff Motorsport Porsche 911 on pole position with a time of 1:18.488, having beaten Zacharie Robichon and Michael de Quesada in qualification.

The first race of the meeting saw Hargrove in the No. 9 Castrol entry sailed across the finish line to take his tenth season victory, more importantly, he also clinched the Platinum Cup Series Championship for 2017.

Zacharie Robichon, in the No. 98 entry for Mark Motors Racing, was unable to bring the battle to Hargrove, and settled for second place in the race and the series championship. Alegra Motorsport’s Michael de Quesada claimed third place.

The second of the weekend was run on Sunday morning on a very wet track, with chilly temperatures and a steady drizzle and mist that created poor visibility and treacherous racing conditions.

Hargrove and Robichon took the start of the race on the front row. The two ran side-by-side in Corner 1 but Robichon took the lead in the gruelling Corner 2. Roman de Angelis also found a way pass Hargrove. The pair swapped positions throughout the first lap, but the rainfall increased and a full-course caution was issued on Lap 2 due to three cars spinning out independently of one another and making contact with the tire barriers. As the yellow flag came out, it was Robichon who had captured the lead.