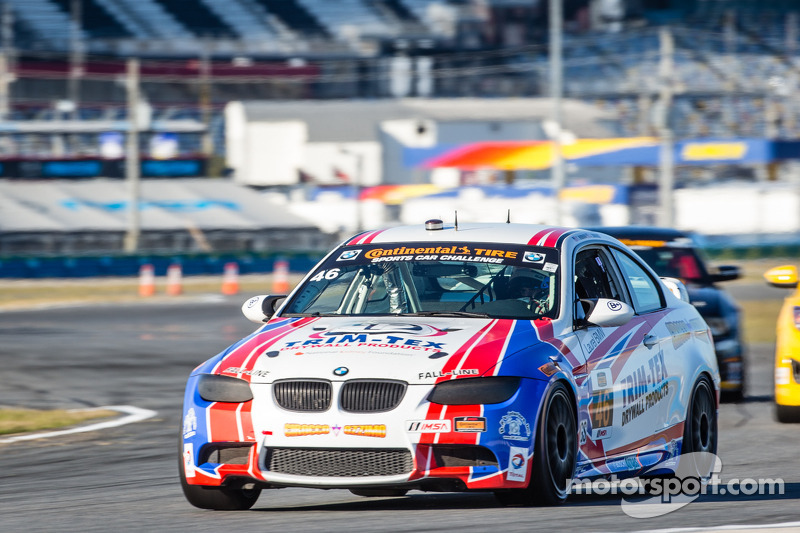 Winning TOTAL Pole Awards in the Continental Tire SportsCar Challenge is becoming a habit for Trent Hindman. However, the 18-year-old driver of the No. 46 Fall-Line Motorsports BMW M3 was anything but confident entering Friday qualifying at Mazda Raceway Laguna Seca.

Putting a disappointing practice session behind him, Hindman went out and set a lap of 1:35.948 (83.970 mph) late in the 15-minute qualifying session, giving him his second consecutive pole and third in four races dating back to the final race of 2013.

“I’m thrilled because I was really disappointed with my driving earlier today [in practice],” said Hindman. “I’m so thankful to be surrounded by some of the best people in the business. They really brought my spirits up today by giving me such a great car for qualifying.”

Hindman and co-driver John Edwards have finished second in both races this season at Daytona International Speedway and Sebring International Raceway to take a 15-point lead in the GS points entering Saturday’s race.

“The CKS guys did an awesome job, and gave me an awesome car,” Curran said. “Right away we were P1 and held it most of the way but just got nipped at the end. We’re real happy, and just need a solid run to the end tomorrow.”

“You couldn’t ask for a better set of circumstances, driving a Mazda at Mazda Raceway Laguna Seca,” said Skeer, a 19-year-old resident of San Diego. “Mazda is naturally a good car here, and I know Mazda Raceway from racing for CJ Wilson Racing in the Mazda MX-5 Cup. I’ve shown speed here in the past, but I really didn’t expect to be up to speed in these cars this quickly.”

Randy Pobst, who is participating in his first Continental Tire Challenge race at Mazda Raceway, qualified third in the No. 26 Freedom Autosport Mazda MX-5 co-driven by Andrew Carbonell with a lap of 1:39.647 (80.853 mph).