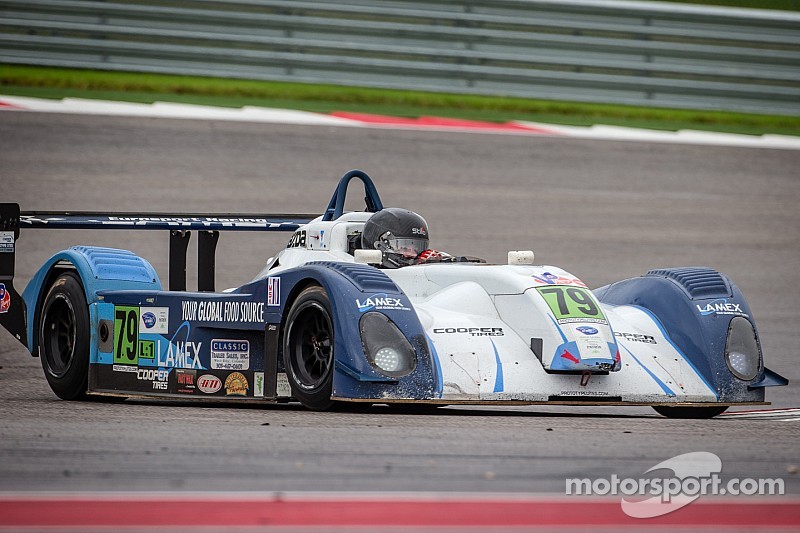 Victorious from the pole at Road Atlanta.

Matt McMurry (above, in a previous outing) added another honor to a season to remember, earning his first career Cooper Tires Prototype Lites Powered by Mazda victory Thursday, Oct. 2 at Road Atlanta.

McMurry, from Phoenix, beat runner-up Jon Brownson to the finish by 1.276 seconds after a restart with less than three minutes remaining in the 30-minute race. McMurry, 16, led the entire race after starting from the pole in the No. 20 JDC Motorsports entry.

"I led the whole race and got a bunch of really good restarts," McMurry said. "I've been here a bunch of times, so that helps because I have a lot of experience here, and the car was perfect; it's been great the whole weekend. So that made it a lot easier to do well."

Masters competitor Brownson, from Breckenridge, Colorado, earned his first overall podium finish and first Masters victory of the season in the No. 34 Eurosport Racing Élan DP02 chassis powered by a Mazda engine. Christian Potolicchio, from Hallandale Beach, Florida, finished third overall after starting 13th in the No. 2 8Star Motorsports entry.

John Falb, from Las Vegas, clinched the Lites 1 Masters championship in the No. 77 ONE Motorsports car with his second-place finish in the class.

ONE Motorsports also earned a top step on the podium as Todd Slusher, from Las Vegas, won the Lites 2 category in the team's No. 62 car.

McMurry became the second-youngest winner in series history behind Tristan Nunez in 2012. The victory added another important entry to McMurry's growing resumé of success in his mid-teens. He made history in June by becoming the youngest driver ever to compete in the world's most prestigious endurance race, the 24 Hours of Le Mans.

Restarts played a big role in McMurry's victory. He powered away from the field after two full-course cautions.

The final restart came with two minutes, 25 seconds remaining in the 30-minute race. McMurry eased away from Brownson for the final two-lap sprint to the checkered flag, leading after the first lap by .714 of a second and adding another half-second to the gap on his final trip around the 12-turn, 2.54-mile circuit.