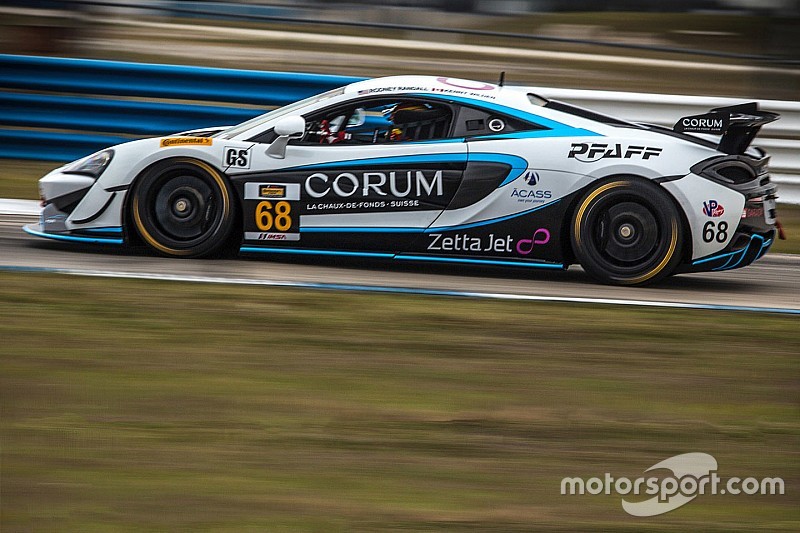 Motorsports In Action (MIA), a race team based in Montréal, announced the arrival of two new sponsors for its McLaren 570S GT4s entered in the Continental Endurance SportsCar Challenge.

Two major international enterprises, Corum watches and Zetta Jet, join the Canadian team for the 2017 season, as Motorsports In Action gets ready for the next race held this weekend on Sebring’s road course in Florida.

Corum, whose family of watches include Admiral, Golden Bridge, Bubble and Coin, was founded in 1955 and based in La-Chaux-de-Fonds, canton of Neuchâtel, Switzerland.

Zetta Jet is the world's first truly personalized private airline. It promises to deliver the ultimate in bespoke luxury experiences thanks to its Bombardier fleet with ultra-long range intercontinental capabilities across the Pacific Rim.

Oakville, Ontario’s Kenny Wilden and Rod Randall from Tampa, Florida will drive the No. 68 Motorsports In Action McLaren GT4 while Quebeckers Chris Green and Jesse Lazare will share the wheel of the No. 69 McLaren.

At the opening round of the series in Daytona, Wilden and Randall finished 9th overall and 9th in class, while Green and Lazare ended up 27th overall and 13th in the GS class after mechanical problems ended their hopes with only half an hour remaining in this 4-hour event.

Thirty-five teams are entered in the Continental SportsCar Challenge series’ event, taking place as part of the 12 Hours of Sebring. The two-hour race is set to start this Friday at 3:40pm.