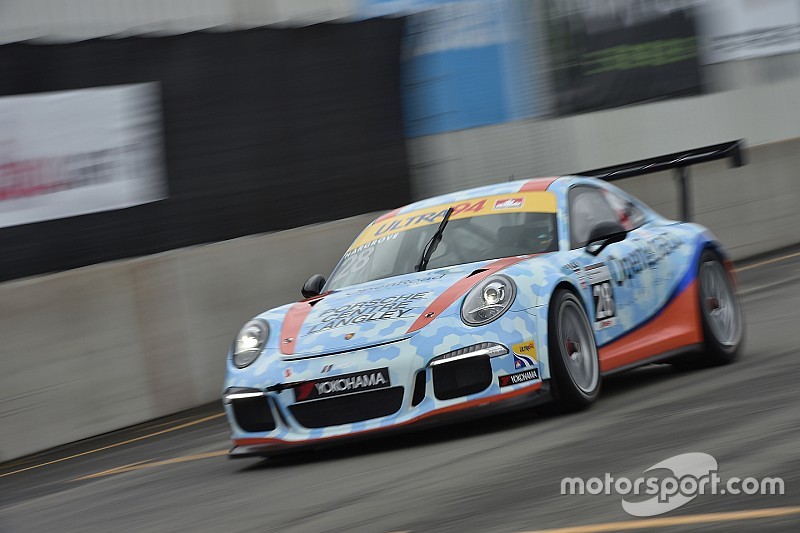 Competitors of the Ultra 94 Porsche GT3 Cup Challenge Canada by Yokohama will race on the streets of Toronto this weekend as part of the prestigious IndyCar event.

Toronto of two street circuits on the schedule, it's a favourite among the competitors due to its downtown location and the challenge of adjusting to street circuit setup and racecraft.

Scott Hargrove, of Tsawwassen, British Columbia, is entered in the Pfaff Motorsports No. 9 and Zacharie Robichon of Montréal, Québec will be behind the wheel of the No. 98 Mark Motors Porsche. The entry list also includes former top single seaters racers in Patrick Dussault (No. 77 Lauzon Autosport - GT Racing car), Giacomo Raimondo (No. 76 GT Racing Porsche) and Roman De Angelis (No. 78 Mark Motors Racing car). Raimondo and De Angelis are competing in the Gold category - where the cars are previous-generation GT3 Cup Porsches from 2014 through 2016.

Hargrove has a firm grasp on Platinum points, followed by Robichon just 11 points back. Third is Michael de Quesada, driver of the Alegra Motorsports No. 31, followed by Remo Ruscitti, a consistent presence in his OpenRoad Racing No. 69 car.

In the Masters points, Marco Cirone, driver of the Mark Motors Racing No. 88 - teammate to Robichon - is leading, followed by Tim Sanderson in his No. 07 DFC Motorsport/Speedstar Motorsport car.

The Ultra 94 Porsche GT3 Cup Challenge Canada by Yokohama will run a pair of 45-minute races on the 1.755-mile street circuit - the first Saturday, July 15 at 5:20 p.m. EDT, with the second taking the green flag just before the IndyCar Series race Sunday, July 16 at 1:40 p.m.