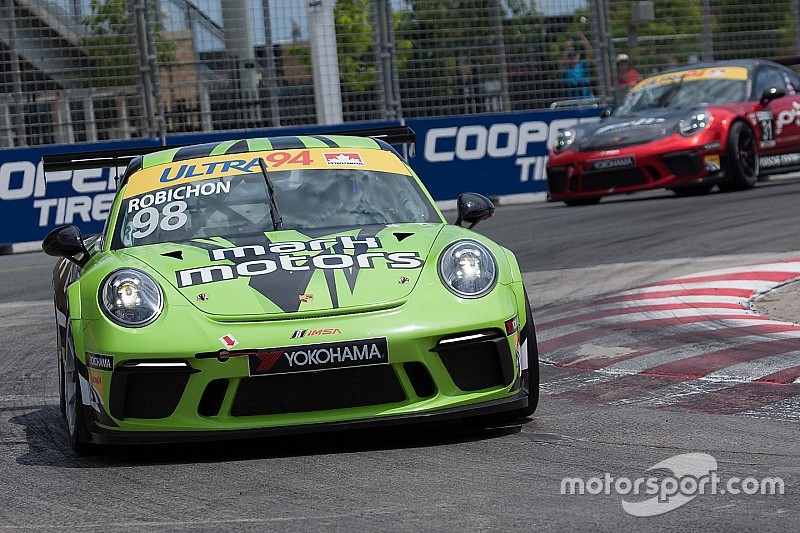 Ottawa’s Zacharie Robichon captured victory in the opening round of the 2018 Ultra 94 Porsche GT3 Cup Challenge Canada by Yokohama.

This first race of the season was a joint event for the U.S. and Canadian Porsche 911 GT3 series held at Sebring International Raceway.

Driving the No. 98 Mark Motors Racing 911, Robichon passed his Mark Motors teammate, Roman De Angelis in Turn 16 on the final lap and went on to win by 0.305 seconds. It was Robichon’s fifth career victory in GT3 Cup Challenge Canada competition.

“It was a really fun race,” Robichon said. “At the beginning of the race, we really struggled. The car wasn’t quite there. I actually didn’t want the caution to come out, because we really started catching them once I got into a rhythm. At the end, after the restart, the same thing, a couple laps we struggled a little bit, but Roman [De Angelis] was starting to fall off a little bit. He’s my teammate, so we’re good friends, and it’s tough to battle with those kinds of people, but we went for it. He left the door open just a little bit in 16, so I went to the inside, got up alongside him. It was an aggressive move, but I was pretty happy with the way it turned out. It was fun racing with the guys up front.”

Finishing third in the Platinum Cup was Remo Ruscitti in the No. 96 OpenRoad Racing entry. In Platinum Cup Masters, Marco Cirone took the victory in the No. 88 Mark Motors Porsche and was fourth overall.

The second race of the event will be held today.