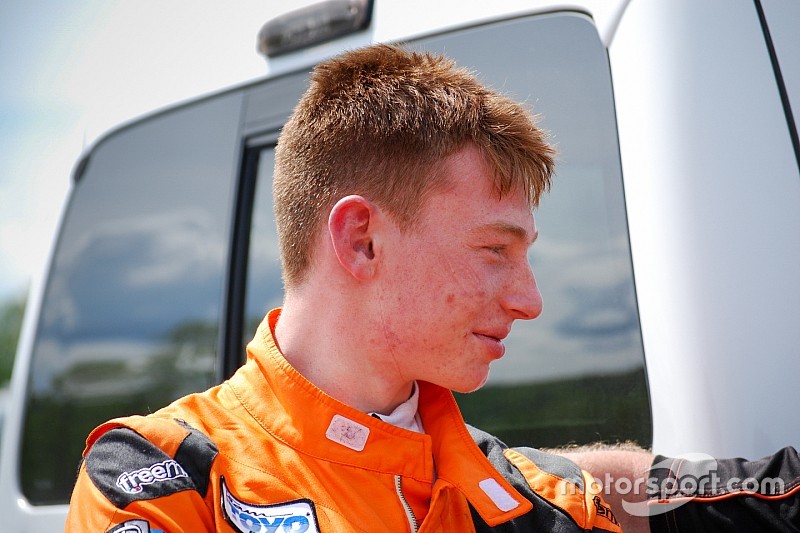 Roman De Angelis, from Windsor, Ontario won the opening race of the 2018 season, which took place on the annual Roar Before the Rolex 24 weekend at Daytona International Speedway. It was a one hour and 45 minute endurance race with teams running a single or two-driver combination with a required minimum-time pit stop.

Driving the No. 4 Ligier JS P3 for ANSA Motorsports, De Angelis started the race from the eighth place and quickly moved through the field. It wasn’t until a series of pit stops with 53 minutes remaining that he took the lead and never looked back.

De Angelis is a former Formula 1600 competitor who last year captured the title of the Porsche GT3 Cup Challenge Canada in the Gold Cup category. Last weekend was the teenager's very first race behind the wheel of a high-downforce prototype race car.

Pole winner Austin McCusker and David Droux, driving the No. 47 Forty 7 Motorsports Norma M30, finished second, 4.511 seconds back. McCusker led the entire first stint before losing the lead on pit stops. Droux made a final challenge in the final laps, closing the deficit from over 10 seconds, but ran out of time. Rounding out the podium was the No. 30 Extreme Speed Motorsports Ligier JS P3 of Kris Wright and another Canadian, Daniel Morad.