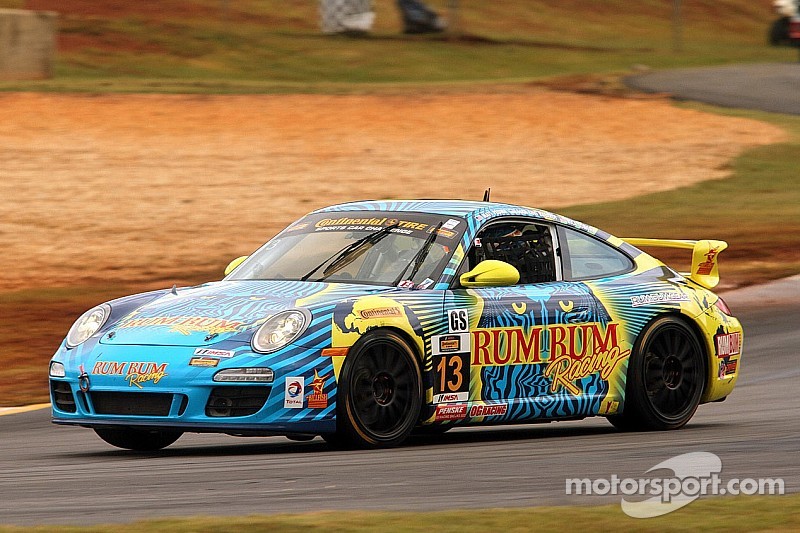 Orlando, Fla. – Luis Bacardi’s Rum Bum Racing will target a return to the winner circle at Daytona International Speedway once again this Friday afternoon as the two-time champions look to launch their 2015 IMSA Continental Tire SportsCar Challenge campaign in a big way.

The BMW Performance 200  will mark the Orlando-based squad’s sixth appearance at the “World Center of Racing,” and will feature a revised driver line up as Hugh Plumb is set to share the driving duties in the No. 13 Rum Bum Racing Porsche with Matt Plumb for the Joe Varde-led squad, with Nick Longhi continuing his role as Technical Director for the team.

I am stepping into some big shoes but I can’t wait to get going this week!

The team has twice (debut race in 2010 with Gian Bacardi co-driving and then again in 2011 with Longhi behind the wheel) proven to be up to the challenge at Daytona, and would like nothing more than to start the chase for a third championship with a big result on Friday.

Rum Bum Racing returns to the IMSA paddock after a 2014 season that proved to be frustrating on several fronts. Despite the signature preparation and pace from the Joe Varde-led team, the year was far from satisfying as the team suffered a streak of foul racing fortunes, as well as challenging decisions from the Series' technical and competition departments. But with the team recognizing the recent efforts by IMSA to improve, the group is looking forward to continuing its history with the organization that stretches back from the very inception of the team.

“Lu Bacardi and Rum Bum racing have been loyal from the start, and now that the complex Grand-Am/ALMS integration process has had time to settle in, IMSA has recently made significant and positive changes for the future in areas that Mr.Bacardi believes will result in a much better experience for everyone,” said Matt Plumb.

With his brother Matt serving as Rum Bum Racing team manager since 2010, Hugh has a high level of fraternal familiarity with the team. But the multiple-race winning driver also knows the team first-hand thanks to his experiences with the group last year. Plumb teamed with the squad in a run to fourth last year at Daytona with promising young Kaz Grala as his co-driver, and also delivered an impressive qualifying performance in his COTA debut with Rum Bum in the No. 13 Rum Bum Racing Porsche last year.

“I’m simply thrilled to be here and racing for this team,” said Hugh Plumb. “I’m very grateful that Mr. Bacardi invited me back—it’s just an incredible opportunity to race for a team that is so well sorted, and hopefully I can slot right in and contribute straight away.  I am stepping into some big shoes but I can’t wait to get going this week!”

Devin Jones to race in SCC at Daytona

Rabe in for CTSCC race at Daytona and partial season campaign