Rum Bum Racing up to speed in Sebring testing 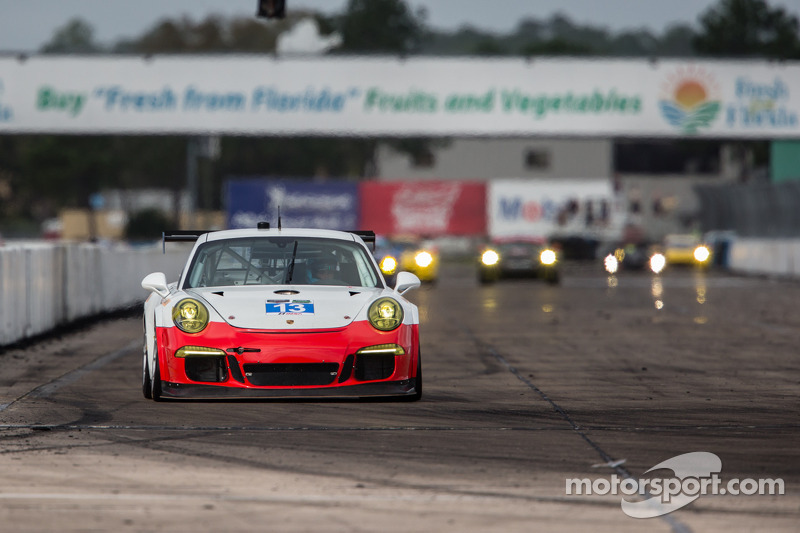 Rum Bum Racing Team Manager and driver Matt Plumb teamed with Madison Snow and Jan Heylen in the No. 13 Porsche GT America as the trio are set to contest the Mobil 1 12 Hours of Sebring in the GT Daytona (GTD) class.

Rum Bum Racing quickly got up to speed in IMSA testing at Sebring International Raceway on Thursday and Friday as the team not only tested its No. 13 Rum Bum Racing Porsche in Continental Tire SportsCar Challenge competition but also made its on track debut in the TUDOR United SportsCar Championship.

Rum Bum Racing Team Manager and driver Matt Plumb teamed with Madison Snow and Jan Heylen in the No. 13 Porsche GT America as the trio are set to contest the Mobil 1 12 Hours of Sebring in the GT Daytona (GTD) class. 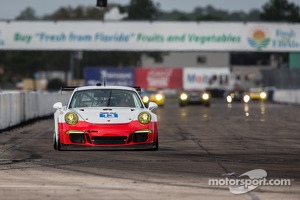 Working through a variety of different set-ups on the Porsche, Rum Bum Racing logged plenty of laps during Thursday morning’s test session and was prepared take what the team had learned and apply it during the afternoon session. Traffic is sure to be a major factor on the challenging 3.74-mile circuit at race time, and the team got an unfortunate preview of that on Thursday. Heading into the hairpin, that traffic came into play as an LMPC machine brought too much speed and ambition into the corner, braking hard to make up for it but only succeeding in spinning directly into Plumb’s path as he had no where to go and took a hard hit from the Prototype machine.

Damage to the right front of the car forced the team to sit out the remainder of the session. Undeterred, the Rum Bum group made the necessary repairs and was ready to return right back to the testing plan Friday morning.

“We’re just getting used to the track and the car so it was interesting to see what the car could do here at Sebring,” said Snow. “It went well yesterday until we had the incident but the good thing is that it was at the end of the day so it didn’t ruin the entire day. But the guys got the car fixed and got everything going again and we’re just working on the car to make it better for the 12 Hours of Sebring. It’s been awesome working with Rum Bum – everyone works well together and it’s been really good.”

“We had a little bit of a setback yesterday - it’s too bad that these things happen in practice,” added Heylen. “But the team made a good recovery this morning and we had a good session and tried a few things that all worked so I’m excited. Overall, it was a good test. I’m very excited to be here with Madison (Snow) and I think we have a good line-up for the race. The team is just blending together well and Matt (Plumb) has really done a good job in the car – it’s not an easy car to drive so he’s been doing great.”

After running among the top-10 in the first and third test sessions, Rum Bum Racing had hoped to carry that positive momentum through the fourth and final TUDOR session of the test but unfortunately an engine issue just seven laps in saw the team’s day end early.

Rum Bum Racing will return to its Orlando, Florida-based shop to continue to make improvements to the Porsche GT America machine in preparation for the Mobil 1 12 Hours of Sebring.

The squad also made solid progress in Continental Tire SportsCar Challenge testing with both Plumb and co-driver Nick Longhi taking laps in the No. 13 Porsche.

“It was a good few days for us here at Sebring,” said Plumb. “Everyone has meshed well together and we learned a lot in a short amount of time. It was great to start to get a feel for this new Porsche 911 GT America. Jan and Madison were great to work with and even though we were frustrated to get hit yesterday, it was a great test overall and now we know what we need to focus on in the next few weeks to be ready to go when we come back. It is another race in Mr. Bacardi’s home state, and we’re really motivated to do well in both races. ”

Rum Bum Racing will be back in race action in three weeks when the group returns to Sebring International Raceway for its TUDOR debut and for the second round of the Continental Tire SportsCar Challenge championship as Rum Bum pursues its third consecutive championship title.