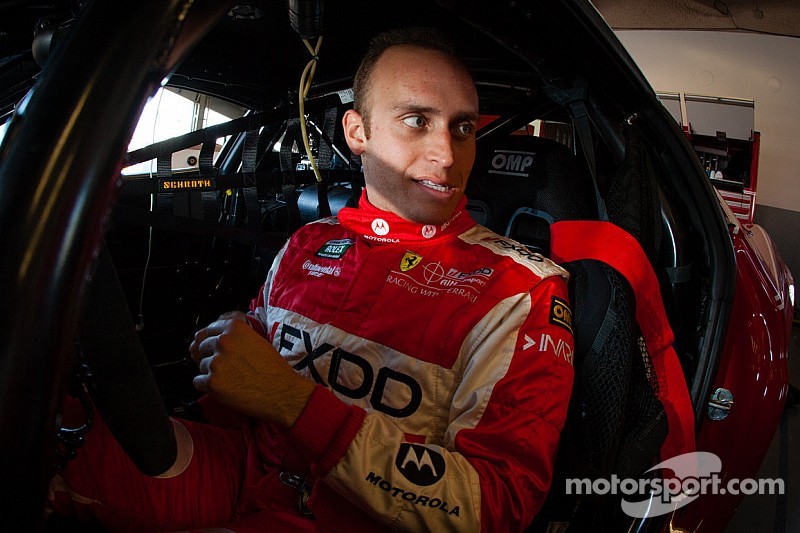 The team hoped to add an eighth Continental Tire Sports Car Challenge crown with their 2 car Porsche Cayman effort in the ST class.

In 2014, Team Sahlen returned to their roots in the Continental Tire Sports Car Challenge Series, after nearly a decade campaigning in the ROLEX Sports Car Series in both the GT and Prototype ranks. The team hoped to add an eighth Continental Tire Sports Car Challenge crown with their 2 car Porsche Cayman effort in the ST class. It was very close, but in the end, the team fell 8 points shy of the top of the standings.

For 2015, Team Sahlen returns to the Continental Tire Sports Car Challenge Series, with the #42 & #43 Porsches. And the two primary drivers from last year, Will & Wayne Nonnamaker, will again be returning behind the wheel of the Cayman racers. There will be a major addition to the line-up, with Jeff Segal being signed as an additional driver in the rotation.

The team has a fantastic championship pedigree

Jeff Segal brings with him extensive experience in the Continental Tires Sports Car Challenge, having won the 2007 GS class championship. Additionally, he has 2 ROLEX GT Titles (2010 & 2012) to his credit. For the past few seasons, Jeff has been driving mid engine Ferraris across North America, including securing last year's ROLEX 24 Hours. For the greater part of 2014, Jeff competed in a Ferrari in the World Endurance Championship, globetrotting across the world, from China to Brazil. This mid engine experience will come in handy as he gets behind the seat of the mid-engine Cayman.

Jeff Segal shared his thoughts on joining Team Sahlen -"I'm very happy to return to the Continental Tire Sports Car Challenge, and to join Team Sahlen for the 2015 season. The team has a fantastic championship pedigree, particularly in the street-stock type cars featured in the ST class, and it was really impressive to see Wayne Nonnamaker come so close to winning the ST title last year despite being unfamiliar to the Porsche Cayman. Joe Sahlen, the Nonnamaker family, and Team Sahlen are clearly focused on doing everything possible to capture the 2015 title, and I'm really looking forward to working with them towards this goal. It looks like it will be a very exciting season with plenty of strong competition, and I can't wait to get started!"

For 2015, Joe Sahlen is celebrating his 10th Anniversary in being involved in presenting Team Sahlen. Even with all the accomplishments of the team through the years, Joe is still very much excited and passionate about Team Sahlen's quest to win the ST title in the season ahead. - "I am very excited about the Drivers we have in place for this coming season. We already had a great driver line up with Will and Wayne Nonnamaker. We came so close last year with those two. And now to add Jeff Segal into that mix only makes us stronger and gives us more options to go for the wins as well as the ultimate goal of the Championship. This gives us a lot of strengths to play off on and options to run with during the season."

Along with Will and Wayne's 3 Driver Championships each, this brings the three driver line up to 9 Professional Driver Titles to the team's CV for the season. And with the strong competition in the ST class, this experience in running for the championship will be crucial as the 10 race season rolls along. Wayne Nonnamaker shared his thoughts of the addition of Jeff Segal to the Team Sahlen line up - "The ST class is very strong, with 30+ cars in every race, and the lap times very close. In fact I remember a time a Canadian Tire Park last year where the top 18 were separated by only 1 second in practice.

This means that you have to be on top of your game at all times if you want to succeed. We have admired and respected Jeff's ability behind the wheel for quite some time. There are times in ST that you need to lay down super fast laps, and then there are times you need to go door handle to door handle in competition. Jeff is one of the best in the business in sports car racing when it comes to both of these attributes. It should be a fun year and I am looking forward to it."

Devin Jones to race in SCC at Daytona