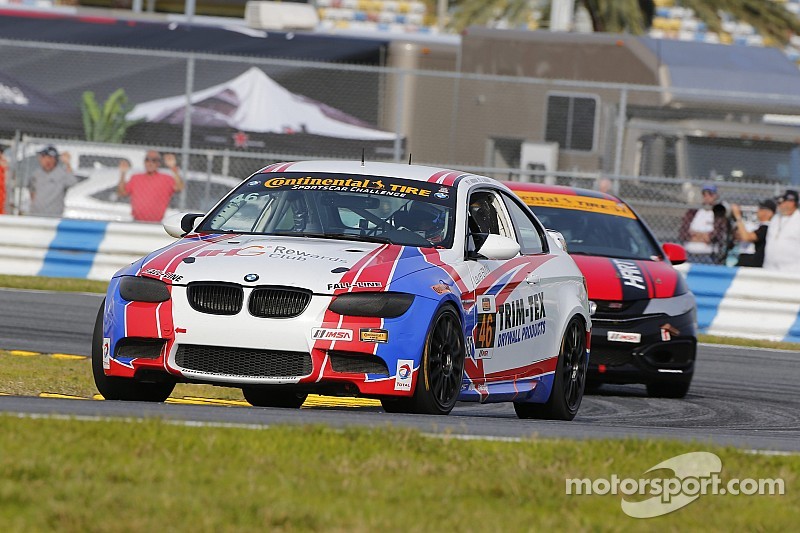 A total of nine BMWs were entered in the race.

Woodcliff Lake, N.J. – BMW drivers began the 2015 Continental Tire Sports Car Challenge season at today's 2.5-hour BMW Performance 200 with a fourth place finish in the Grand Sport class and third, fifth and sixth place finishes in the Street Tuner class. A total of nine BMWs were entered in the race.

Trent Hindman and Ashley Freiberg were the top finishing BMW drivers in the race, with finishing driver Hindman - the 2014 GS driver's champion, taking the checkered flag in fourth place. Driving the No. 46 Fall-Line Motorsports BMW M3, the pair completed 68 laps of the 3.56-mile, 12-turn Daytona International Speedway road course during the 2.5-hour race, finishing 11.17 seconds behind the winning Porsche.

In the Street Tuner class, it was a big day for Team TGM as owner Ted Giovannis and co-driver David Murry, driving the No. 64 BMW 328i, scored the team's best CTSCC finish ever - a third - to be the only BMW drivers to podium. Jason Briedis and James Clay finished fifth in the No. 84 Bimmerworld Racing BMW 328i. The No. 23 Burton Racing BMW 328i of Terry Borcheller and Mike LaMarra finished sixth.

Ted Giovannis, driver Team TGM - "Our best finish last year was a fifth at Road America so to start 2015 on the podium feels outstanding. We have worked very hard on this program over the off-season, but we're missing one of our very important team members today who is home ill. This one's for Dan Goodner."

David Murry, driver Team TGM - "It is very rewarding to work with someone like Ted and help him. He did a great job today. He qualified 11th and kept the car in the top-10 before handing it off to me to finish. From last year to this year we've made great progress and this podium proves it."

Round 2 of the 2015 Continental Tire Sports Car Challenge will be held on March 20th at Sebring International Raceway, in Sebring, Fla.