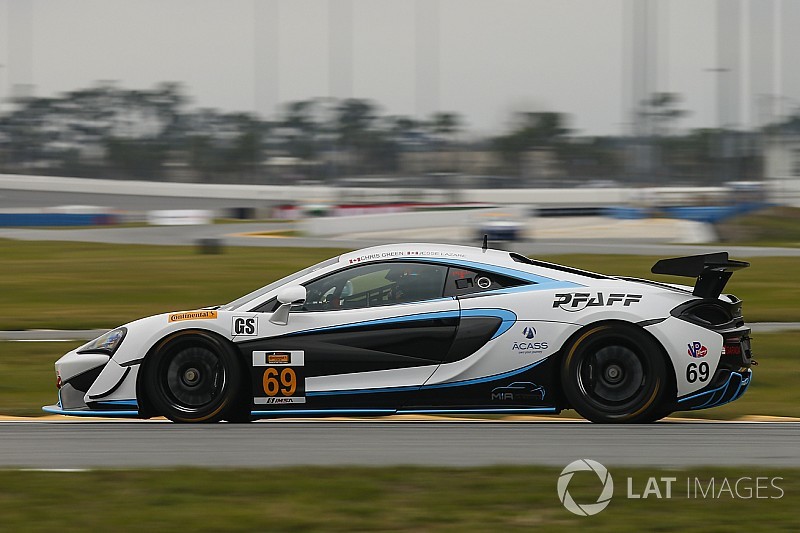 At the wheel of their Motorsports in Action (MIA) McLaren 570S GT4, Lazare and Green had to fight from the beginning to the end of the two-hour race. Despite some mechanical woes, Green qualified the No. 69 McLaren in sixth place.

Green took the start of the race but fell victim to an incident that cost him no less than 19 positions. He clawed his way back to the Top 5 just prior to the midway point of the race, as he turned over the wheel to his teammate.

Lazare continued his progression, but just subsequent to moving into the third position, he encountered mechanical problems. Prior to finishing the race with an engine that only had seven working cylinders, Lazare toughed it out as best he could, only losing one position before crossing the finish line.

A top 10 finish for Raphaël Lessard in North Carolina

Raphaël Lessard finished 9th during the Mid Atlantic Classic at the Orange County Speedway in North Carolina, a 150-lap race in the CARS Tour series, featuring a new racing format, featuring a total of four stages; 35 laps, 65 laps, 35 laps and finally a 15-lap sprint, each separated by a five-minute break allowing teams to work on the cars or change tires.

The driver of the No. 99 Toyota Camry FRL Express/Toyota-TRD/JBL Audio prepared by David Gilliland Racing enjoyed a great race, fighting for fifth place on several occasions. During the third segment, Lessard made contact with the wall but managed to finish sixth.

Taking off from the sixth position for the 15-lap final dash, Lessard couldn’t keep up with the leaders and had to be happy with a ninth place finish.

“It was a good race and we had a great car to start with. But my contact with the wall clearly didn’t help, and I lost a lot of power then,” the teenager explained after the race. “A competitor forced me to climb high on the banking, which resulted in me sliding on the accumulated rubber marbles. We were missing power to take us to the next level, but I am extremely grateful to the team and their hard work.”