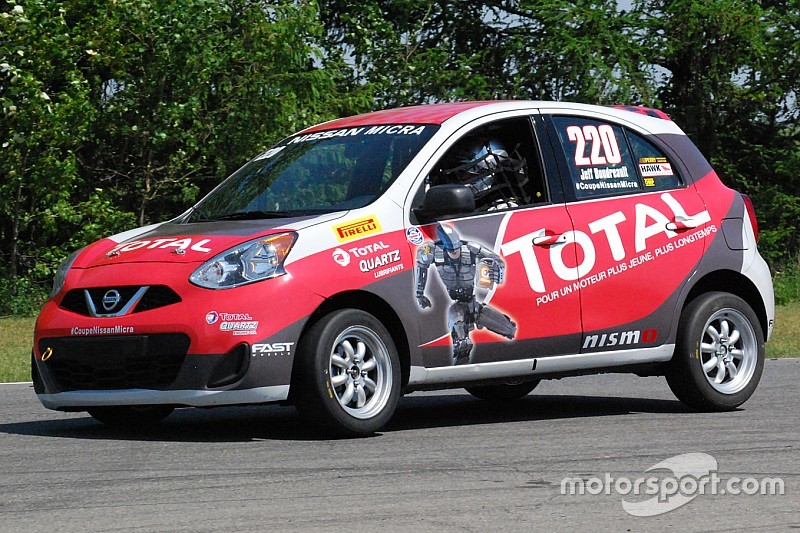 Total Canada will help the careers of Valérie Limoges, who will drive the No. 220 Total car in the Nissan Micra Cup, Valérie Chiasson, who competes in the Porsche GT3 Cup Challenge Canada and Lindsay Rice, the driver of a Porsche 911.

For Total Canada, Limoges, Chiasson and Rice represent the values of performance and perseverance brilliantly in a demanding sport that still count very few women.

Valérie Limoges
Valérie started her career racing karts. She raced karts between 1997 and 2001. She then graduated to Formula Renault for two seasons. After that, she took part in the Canadian Championship of Touring and then competed in the Grand Am Cup and Rolex series in the United States, taming oart in the prestigious 24 Hours of Daytona. She returned to racing in 2015, competing in the Nissan Micra Cup in Canada.

Valerie is now a representative for Canada at the FIA Women in motorsport.

Lindsay Rice
The 25-year-old female race car driver started competitively racing just last year, and has since placed herself on seven podiums in her No. 18 Porsche 911. Lindsay Rice, originally from Mississauga, spent her first season in four different race series in Canada, as one of the few women on track at each race weekend she contended at.

Competing in four different categories in 2016 gave her valuable track experience and brought her strong exposure and recognition as a professional driver in Canadian motorsport. After such a successful 2016 season, Lindsay Rice will be back in the Porsche 911 with her team Rice Racing, which is supported by Bestline Autotech from Vaughan, ON.