$300,000 presented to champions of Patrón Endurance Cup at Road Atlanta 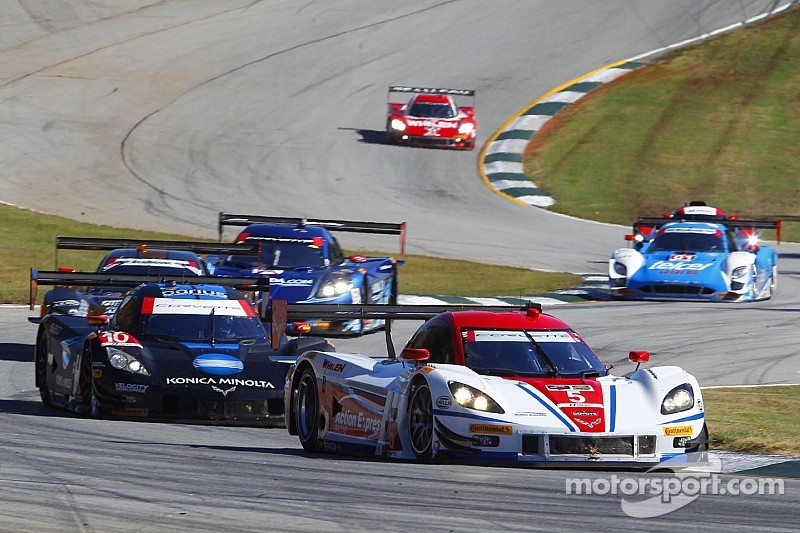 Those champions will be highlighted in FOX national television coverage of Petit Le Mans today in a two-hour telecast airing around the network’s NFL coverage. Check your local listings for times.

The Patrón Endurance Cup recognizes top competitors in the TUDOR Championship’s four endurance races, including the Rolex 24 At Daytona, Mobil 1 Twelve Hours of Sebring Fueled by Fresh From Florida and the Sahlen’s Six Hours of The Glen.

Action Express Racing wrapped up the $100,000 prize for the Prototype class by taking the green flag at Road Atlanta, with Christian Fittipaldi and Joao Barbosa sharing the drivers’ title after driving the required time in the No. 5 Corvette DP needed to score points. The team opened its drive to the TUDOR Championship team and drivers’ titles with a victory at the Rolex 24, and finished second at Petit Le Mans and third at both Sebring and Watkins Glen. Chevrolet won the manufacturer title.

The GT Le Mans (GTLM) Patrón Endurance Cup battle came down to the final segment of the season, as the No. 912 Porsche North America Porsche 911 RSR clinched the $100,000 prize with a second-place finish. Michael Christensen and Patrick Long added the drivers’ title for the team, as well as the manufacturer championship for Porsche.

AIM Autosport clinched top prize of $50,000 in GT Daytona (GTD) just by starting the finale in the No. 555 REVO/Robert Graham/Royal Purple Ferrari 458 Italia, with Townsend Bell and Bill Sweedler taking the drivers’ championship. A Rolex 24 victory and second-place race results at Sebring and Watkins Glen bolstered the team’s efforts, as well as the efforts for Ferrari who went on to win the manufacturer title.

While CORE autosport finished second at Petit Le Mans, the trio of Jon Bennett, Colin Braun and James Gue took top honors in Prototype Challenge (PC) to claim the $50,000 prize for the No. 54 Flex-Box ORECA FLM09. The team won each of the first three Patrón Endurance Cup races this season.

Shortly after Saturday’s victory circle activities wrapped up, the Patrón Endurance Cup champions were honored in a special ceremony at the TUDOR Paddock Club at Road Atlanta.