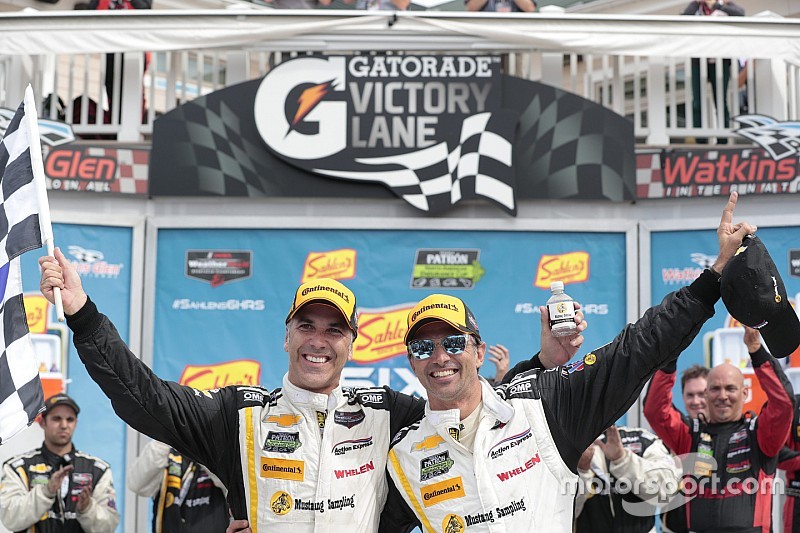 The Sahlen Six Hours of the Glen has been won by the Action Express duo of Joao Barbosa and Christian Fittipaldi.

After a rash of late-race yellows, the six-hour endurance classic at Watkins Glen International came down to a 16-minute sprint to the checkered flag.

With 90 minutes remaining, dramas started to bite the prototype contenders. Marc Goossens spun the No. 90 Visit Florida Corvette DP while leading the race.

Then, the pole-sitting Extreme Speed Motorsports Ligier was robbed of an opportunity to complete the hat trick (after winning at Daytona and Sebring), suffering an apparent engine failure.

In the final hour, the money stops played a major role in the eventual outcome of the race. The No. 5 was able to overtake the sister No. 31 for the lead through the cycle of stops, while Mazda had a dreadful stop, dropping them out of the discussion.

Things went from bad to worse for the No. 55 Mazda prototype, later colliding with a GTLM car up through the esses before falling out of the race with their own mechanical gremlins.

In the aforementioned sprint to the checkered flag, Barbosa skipped away while Dane Cameron was left to fend off a hard-charging Olivier Pla.

"Overall, it was a great day for Action Express, which is amazing. I would have liked to reverse the roles, but anyway ... We had a tough situation in qualifying, but made some changes and fought back today," said Cameron.

Behind them, Ricky Taylor brought Wayne Taylor Racing home fourth and the No. 70 Mazda rounded out the top five, albeit one lap down.

In PC, pole-sitter Renger van der Zande (co-driver is Alex Popow) was able to cruise to the victory for Starworks, 9.8 seconds clear of his closest rival in the Race Performance entry. The sister No. 88 Starworks entry was also on the podium in third.

Auberlen "fed me a door," but Hand doesn't fault him for that