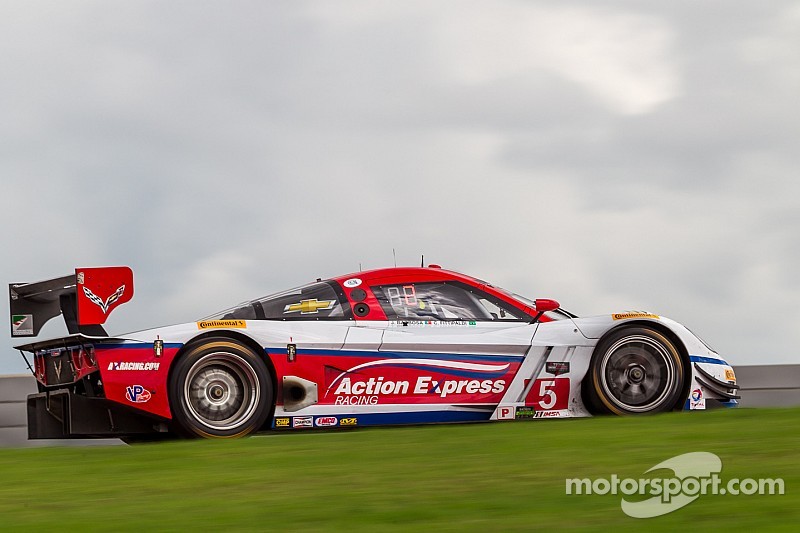 Dual TUDOR and NAEC honors are the goal after the 10-hour season finale.

Action Express Racing set a number of goals for the inaugural IMSA TUDOR United SportsCar Championship in 2014 and they were to race for wins and compete for both the overall and North American Endurance Cup (NAEC) championships. Working toward that goal, the team has entered each and every race expecting to win and that attitude has seen the team score multiple race victories and remain a championship contender throughout the entire season.

The season-finale event marks a big weekend for the North Carolina-based team as the squad pursues two championships and celebrates its 100th race start.

New for 2014 was the Tequila Patrόn North American Endurance Cup (NAEC) championship which is made up of the four longer endurance races on the schedule: the Rolex 24 At Daytona, 12 Hours of Sebring, the Sahlen’s 6 Hours of the Glen, and the 10-hour season-finale Petit Le Mans.

The Petit Le Mans marks the final race of both championships and Action Express Racing is well-positioned in both. The team only needs to take the green flag in order to clinch the overall 2014 Team Championship while principal drivers Joao Barbosa and Christian Fittipaldi each need to complete the minimum drive time of 45 minutes in order to claim the 2014 Drivers Championship.

In addition to its full-time No. 5 Action Express Racing Corvette Daytona Prototype effort with drivers Christian Fittipaldi and Joao Barbosa, the team also fields its second No. 9 Corvette Daytona Prototype in the NAEC with brothers Burt and Brian Frisselle and Jon Fogarty. Sebastien Bourdais joined Fittipaldi and Barbosa at Daytona & Sebring and will do so once again for the final race of the year.

Action Express Racing leads the NAEC 1-2 with the No. 5 atop the standings and the No. 9 in second place just five points behind. The No. 9 Corvette Daytona Prototype competes solely in the NAEC this year so for the Frisselles and co-driver Fogarty, the NAEC Championship is the focus on Saturday.

With both championship titles on the line when the green flag flies on Saturday, Action Express Racing maintains the same focus that the team has exemplified all year long.

“Our team motto has always been ‘expect to win’,” said Action Express Team Manager Gary Nelson. “We’ve taken each race one at a time and we simply focus on the task at hand. I believe if we do all the work, all the planning and all the strategy with our thoughts expecting to win, then we will be as prepared as possible. We expect to win, but we know that things don’t always go exactly to plan in racing. So when that happens, we just get the best we can out of it. If something goes awry and we’re not in position to win, then we just focus on obtaining the absolute best result that we can.”

With that expectation rooted in the hard work and focus of the entire team all year long, Action Express Racing is prepared to achieve its three ultimate championship goals on Saturday as well as to hopefully put both cars on the podium, with one on the top step in the 17th annual Petit Le Mans.

Four practice sessions will be held ahead of prototype qualifying which is set to take place Friday evening at 5:25 PM ET. The 15-minute qualifying session will be streamed LIVE on imsa.com. A 25-minute warm up Saturday morning will precede the 10-hour Petit Le Mans which will go green at 11:15 AM.

IMSA.com will carry LIVE coverage of the race and FOX Sports 2 will pick up the race in progress beginning at 3:00 PM ET Saturday. FOX will televise a recap show on Sunday – check your local listings. Live timing and scoring can be found at www.imsa.com throughout the weekend. Follow @AX_Racing on Twitter for updates.

Petit Le Mans a must win for WeatherTech Racing