Drivers from both the Acura and Cadillac camps have admitted there was nothing they could do to challenge Mazda in last weekend’s IMSA WeatherTech 240 at Daytona.

Mazda’s pair of RT24-Ps dominated the delayed second round of the IMSA WeatherTech SportsCar championship season, as Harry Tincknell and Jonathan Bomarito led home a one-two for the Japanese manufacturer ahead of teammates Oliver Jarvis and Tristan Nunez.

Acura Team Penske had grabbed pole courtesy of Helio Castroneves, but the #7 ARX-05 shared by the Brazilian and Ricky Taylor dropped out of the race with an apparent engine problem, leaving Juan Pablo Montoya and Dane Cameron alone in the sister #6 car, following the same strategy as the two Mazdas by starting on wet tyres.

The defending IMSA champions eventually finished fourth behind the best of the Cadillacs, the JDC-Miller MotorSports machine of Sebastien Bourdais and Joao Barbosa, and Montoya admitted the pace of the Mazdas was too strong for Acura.

“We started on the wet tires, because I felt like it was the safer option,” recalled the Colombian. “There were a lot of puddles – at the bus stop [chicane] and other places around the track where the walls are really close.

“The Multimatic [Mazda] cars were really strong tonight, but I feel like we were a match for everyone else.” 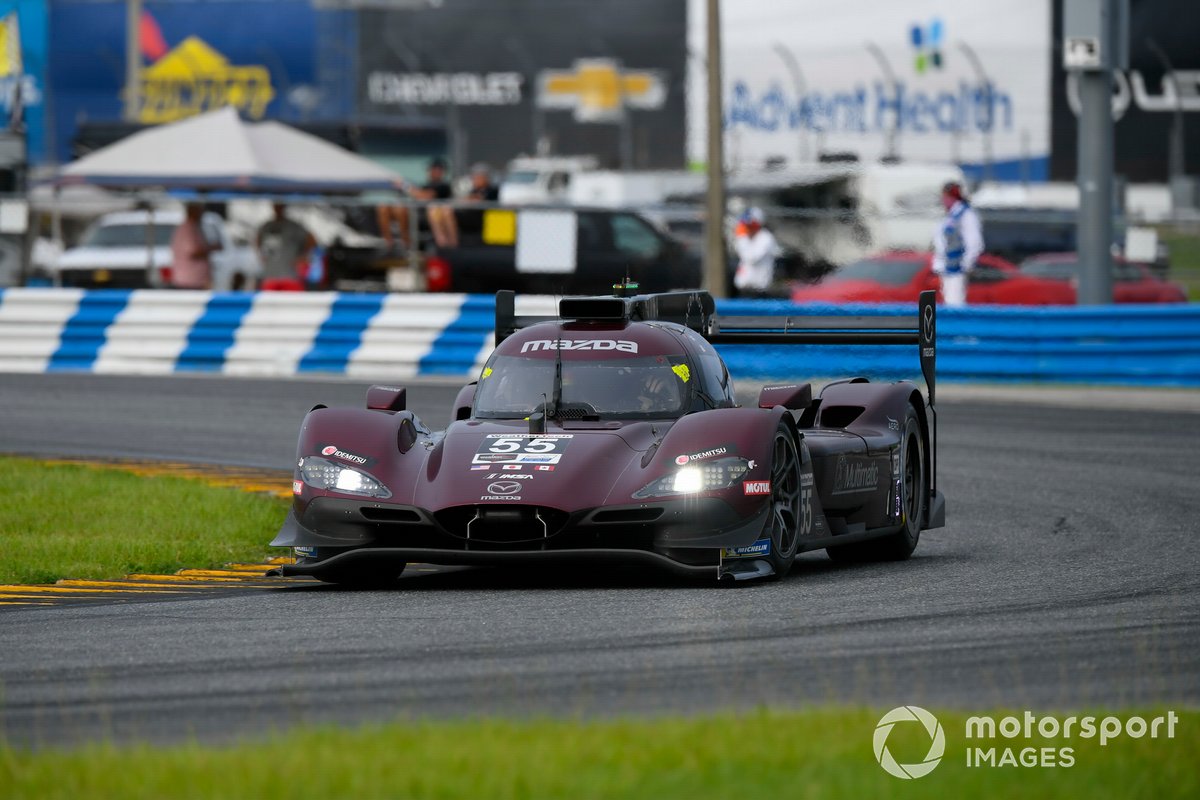 Cadillac enjoyed an early advantage as both the #31 Action Express Racing and the Rolex 24-winning #10 Wayne Taylor Racing cars started on slick tyres on a wet-track, gaining the advantage when their rivals made early stops to get rid of the wet tyres.

But this put both cars on a three-stop strategy that required heavy fuel-saving, and a lack of caution periods meant they were unable to claw back the lost ground.

Their woes helped JDC-Miller complete the podium with its Mustang Sampling-backed #5 entry, five seconds behind the second Mazda – matching the team’s Rolex 24 result.

"We chose to start the race on rain tires," Bourdais said. "It turned out the strategy played into our hands and we were able to have a pretty good run and finish on the podium in our first race back.

“The race went green the whole way and we really didn't have the speed to compete with the Mazda cars today.”

Derani, sharing the AXR entry with Gabby Chaves in the absence of COVID-19-afflicted regular teammate Felipe Nasr, ended up in fifth place behind the sole surviving Acura, ahead of the WTR car of Ryan Briscoe and Renger van der Zande.

"In the end, it was all about a different strategy that we tried from the beginning starting with slicks,” commented Derani. “From those cars, we came out ahead. The No. 10 car had the same strategy and finished behind us.

“It was a shame because, at one point, we were looking really good to do a three-stop race instead of four [like the cars that started on wets]. But it just didn't work out for us in the end. We had to save so much more fuel than the others, which cost us in the middle stint.” 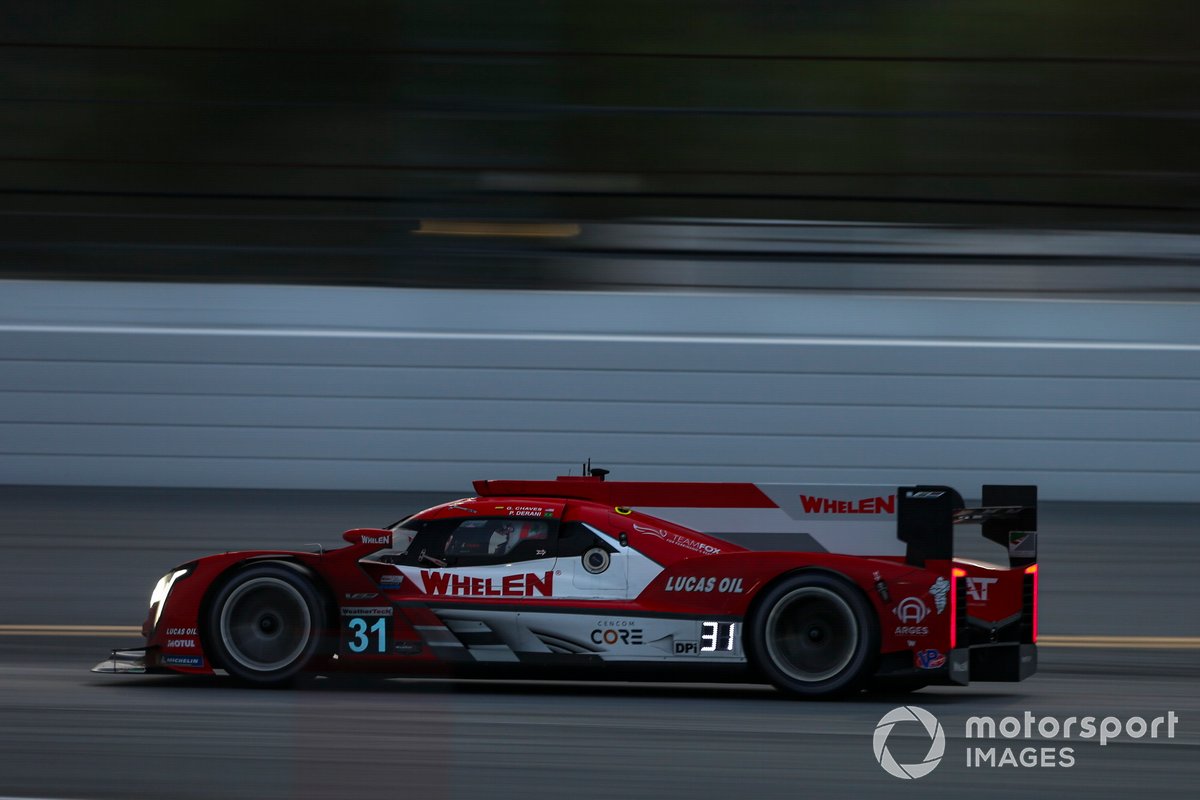