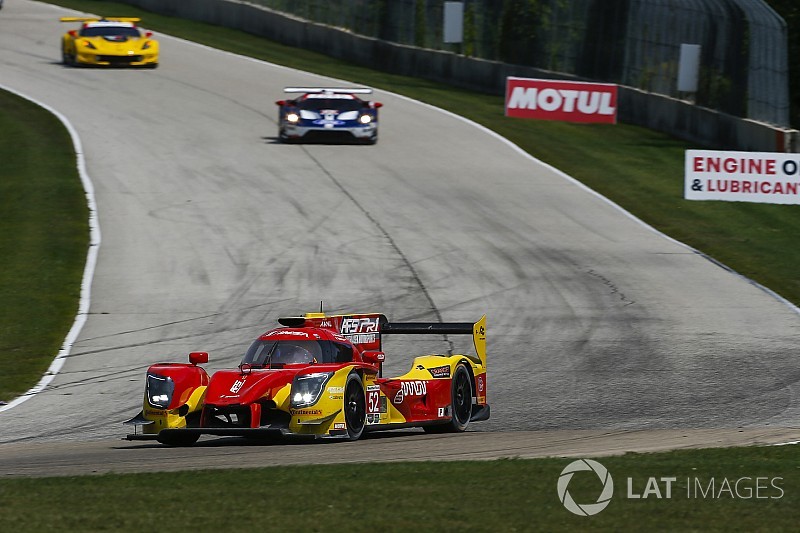 AFS/PR1 Mathiasen Motorsports has announced it will switch from Ligier to Oreca chassis for the remainder of the 2018 IMSA WeatherTech SportsCar Championship season.

AFS/PR1 Mathiasen had been the only squad running the Ligier JS P217 full-time in the series this year, although United Autosports has made a series of appearances using the Onroak-built machine in the North American Endurance Cup rounds.

The best result obtained by the #52 Ligier shared by Colombian duo Sebastian Saavedra and Gustavo Yacaman has been a sixth-place finish at Mid-Ohio in May.

Now AFS/PR1 Mathiasen has acquired a new Oreca 07 for the final two rounds of the 2018 campaign at Laguna Seca and Road Atlanta ahead of a full 2019 entry in what will be a standalone LMP2 class secondary to the DPi category.

“I first want to thank the Nicolet and Crawford families and Onroak for their continued support and efforts to help us as a team over the last couple of seasons," said team principal Bobby Oergel.

"Max [Crawford], Jacques and Pierre [Nicolet] have been great to work with and we look forward to continuing that relationship with our LMP3 and F4 programs.

"On the switch of chassis, It’s a tough time of the year to make this change for sure but there’s no time like the present to make the preparations for next year and push hard to finish off 2018 with a good result.”

AFS/PR1 Mathiasen will join a number of other teams using Oreca chassis at Laguna Seca, notably CORE autosport and JDC-Miller Motorsport - which between them have won the last three rounds in the Prototype class.

Team co-owner Ray Mathiasen added: "This has been an eventful week for the team. The separation of the DPi and LMP2 classes in 2019 is something Leslie and I feel was necessary and a very welcome change for the future.

"And now we have been able to purchase our new equipment from Oreca in time to be able to compete at Laguna Seca, our home track, and at Road Atlanta.

"This will give us the valuable experience we'll need to prepare for 2019 giving Bobby and crew the opportunity to once again return to the podium finishes that have escaped us since our move up to the prototype class.

"We couldn't be any more enthusiastic about the rest of this season and next year."