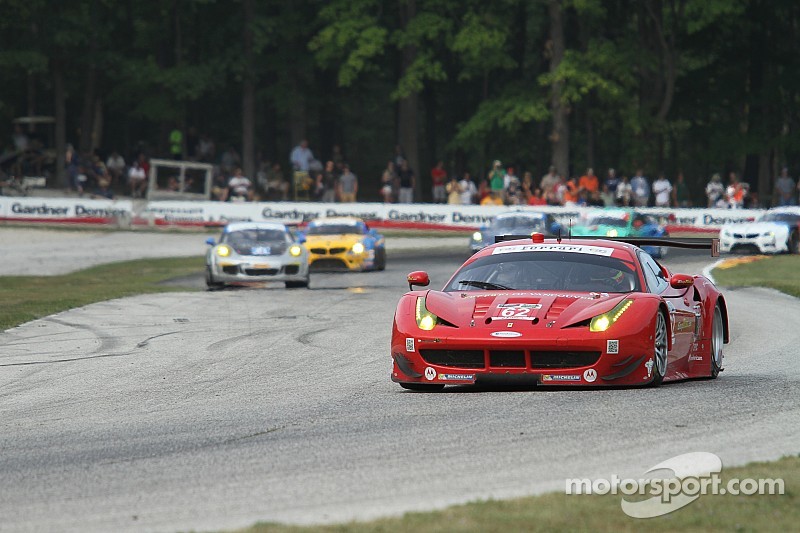 This weekend’s stop of the TUDOR United Sportscar Championship sees Ferrari return to the site of a victory for the Prancing Horse in the 2013 American Le Mans Series. The three teams competing with the Ferrari 458 Italia at this weekend’s TUDOR United Sportscar Championship round at Virginia International Raceway are banking on the superior balance of the Ferrari to bring another victory to the brand in this season.

The no. 62 Risi Competizione Ferrari 458 Italia has rebounded from a challenging start to the season to score a win and a podium in the last two races. Drivers Pierre Kaffer and Giancarlo Fisichella (in photo) finished in second position at Indianapolis before coming out on top of a thrilling late-race battle to score their first win of the year at Road America. They now return to the site of their victory in 2013, when a late-race pass secured victory for the team.

A first for the TUDOR Championship, the Oak Tree Grand Prix will feature the GT-LeMans and GT-Daytona classes combined into a single standalone race. Sunday afternoon could bring two victories for the Prancing Horse in the same race.

The GT-LeMans and GT-Daytona race at the Oak Tree Grand Prix will be shown on Sunday, August 24 at 4:00 PM ET on FOX Sports 1.

Ave to co-drive with Keating in Viper at VIR