The last remaining seats in Cadillac’s roster for the Rolex 24 Hours at Daytona have been filled by Williams F1 reserve driver Jack Aitken and six-time IndyCar champion Scott Dixon.

The sister car, which will compete in the seven FIA World Endurance Championship rounds, will be driven by Earl Bamber, Alex Lynn and Richard Westbrook.

Meanwhile Action Express Racing’s Cadillac is to be raced by Pipo Derani and Alexander Sims throughout the IMSA season, but today’s announcement confirms that Aitken will share driving duties for January’s around-the-clock classic on the 2.56-mile, 12-turn road course at Daytona International Speedway.

Aitken was a race winner in GP3 and Formula 2, and was the Renault F1’s test driver before becoming reserve driver for the Williams F1 team for the past three seasons. In that capacity he made his grand prix debut with Williams at Sakhir in 2020, when the car’s usual occupant George Russell had to sub for the COVID-afflicted world champion Lewis Hamilton.

In 2022, Aitken has competed in a Lamborghini Huracan in the ADAC GT Masters and in Racing Team Turkey’s LMP2 Oreca in the European Le Mans Series, where he scored three Pro-Am wins and finished runner-up in the championship. The 27-year-old British-South Korean also made his Le Mans debut this year, partnering with Sophia Floersch and John Falb at Algarve Pro Racing.

AXR team manager Gary Nelson said: “All of us at Action Express Racing are thrilled to have Jack join our team as our endurance driver. We have won six IMSA Endurance Championships and five IMSA overall championships in the past nine years. Strong runs throughout the endurance events are critical for both championships.

“We are expecting great things in 2023 and with Jack’s help we can’t wait to get started on our sixth overall and seventh endurance championships.”

Aitken declared: “The prospect of working with Action Express and Cadillac on the V-LMDh program had me gripped as soon as it became a possibility and working to make that a reality over the past weeks has only solidified my opinion that we'll be taking on a fantastic calendar of events with an extremely motivated and top-level crew.

“It will be a true pleasure to represent a brand like Cadillac at a time when the endurance world is entering what many are calling a golden era of sportscar racing. I cannot wait to start work with everyone, including my teammates Pipo and Alex, who've been very welcoming already.”

Dixon, a six-time IndyCar champion, will be entering his 23rd season driving for Chip Ganassi Racing and has racked up several wins in sportscars including four at the Rolex 24. In 2006 he co-drove CGR’s Riley-Lexus to victory with Casey Mears and the late Dan Wheldon, and nine years later he was back in Victory Lane with the team’s Riley-Ford EcoBoost, sharing duties with Tony Kanaan, Kyle Larson and Jamie McMurray.

The legendary New Zealander, who tested the Cadillac V-LMDh for the first time last month at Sebring, said: “I find sportscar racing very enjoyable, especially once you get into these endurance races and you’re driving the car a lot. I just love driving cars and being a part of interesting and high-end experiences like these with Cadillac.

“Being part of the endurance test with no real issues, it’s hit the ground well. Good power, and the drivability is really nice, which is what you’d expect from what Cadillac has done before with a normally-aspirated V8. Honestly, the car seems really reliable and ready to go. There are a lot of new systems to get used to and it’s a big car, but fun to drive.”

All three cars and all nine drivers will participate in the IMSA-sanctioned test on Dec. 6-7. 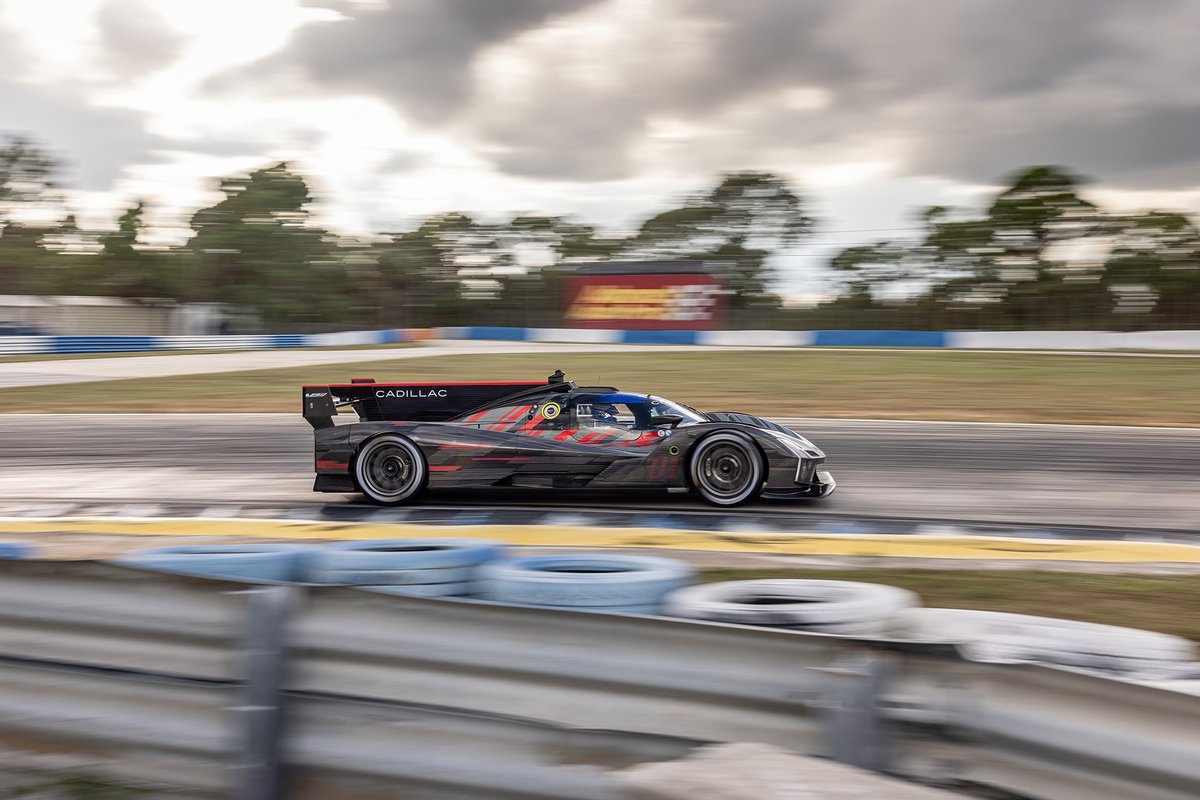