Albuquerque: A true racer “would feel a bit ashamed” after clash 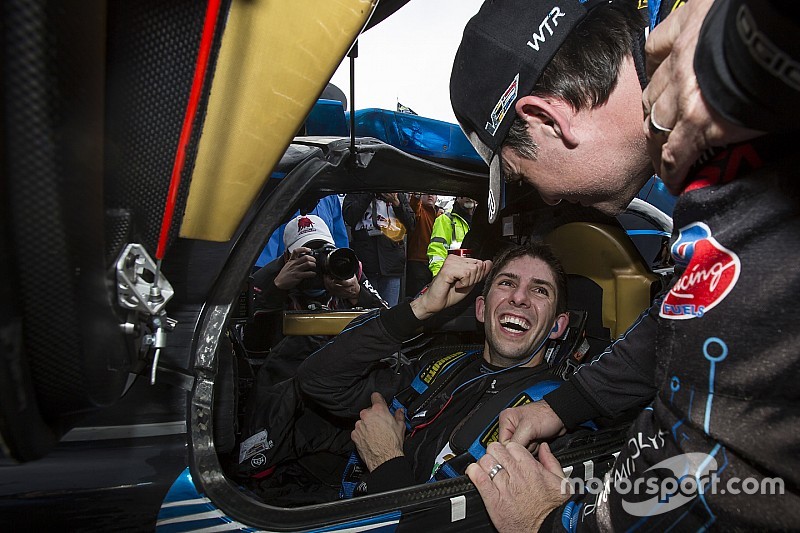 Filipe Albuquerque says he would feel ashamed if he’d won the Rolex 24 Hours in the manner of fellow Cadillac driver Ricky Taylor following their controversial clash in the closing stages on Sunday.

Taylor had already banged wheels with Albuquerque a few laps earlier before they made front-right corner to left-rear corner contact under braking at Turn 1 with just four laps remaining.

Albuquerque spun, losing 4s to his rival, but he believes Taylor was not only at fault for the collision, but should at least have waited for him to recover to rejoin their battle. Race stewards took no action over the clash.

“It was a good fight until I got hit, to be honest,” he said. “There is not much to say. I had some GTs ahead of me so I could not brake so late.

“I closed the door and then I got spun. The officials took the decision, it is what it is, and we finished second.

“In Tour de France, when one guy falls, the other guys wait for him. This is a big race, and we dive in and brake late. It happens. We could see Wayne Taylor, the dad, with his hands on his head.

“If he’s a true racer who did a mistake, just back off. Wait, don’t leave. And he left!

“A true racer, in my opinion, in the end, deep inside, I’d feel a little bit ashamed of the win.”

His teammate Christian Fittipaldi was asked if he was surprised how quickly the stewards decided not to penalise Taylor for initiating the contact.

He replied: “I guess it boils down to… Did the #10 car do an awesome job through the race? Yes they did. They pretty much had us covered in different conditions, hats off to them.

“It’s definitely going to help sell tickets for next year. Was it a clean pass? I don’t know.

“I have to agree [the decision] was done very quick and without analysis. In the drivers’ briefing Beaux [Barfield, race director] was very clear that if you generate a problem or contact, you probably will be penalised for it.”