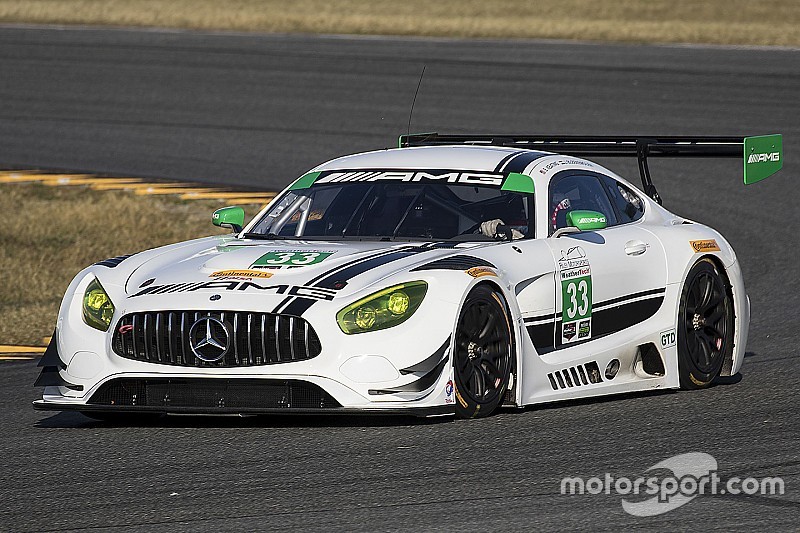 Mario Farnbacher and Adam Christodoulou will join Ben Keating and Jeroen Bleekemolen in the #33 Mercedes-AMG GT3 for next month’s 55th Rolex 24 Hours of Daytona.

Farnbacher will also be retained for the other three endurance rounds of the 2017 IMSA WeatherTech SportsCar Championship that comprise the Tequila Patron North American Endurance Cup – Sebring 12 Hours, Six Hours of the Glen and Petit Le Mans.

Said Keating: “There are a lot of great driver lineups in GT Daytona class for the Rolex 24 and I just want to make sure that we are one of them. I am really excited about the four-driver lineup that we have for the #33.”

“I have the 12 Hours of Sebring and Petit Le Mans already on my win list,” Farnbacher said. “Still on my bucket list is the win at the Rolex 24 and our main goal of the championship.

“I am super proud to be part of this team, it’s one of the best teams in the paddock. Riley Motorsports always has the cars to win, and I am 100 percent sure that the Mercedes-AMG package for 2017 will also be the same winning one from the past.”

Christodoulou, an AMG Customer Sports driver and Nürburgring 24 Hour winner, returns to Daytona for the first time since making his 24-hour race debut in 2011.

“I’ve been lucky enough to race in the same car as Jeroen before and I know Ben and Mario are both fast, so I’m really looking forward to working and racing with them.”