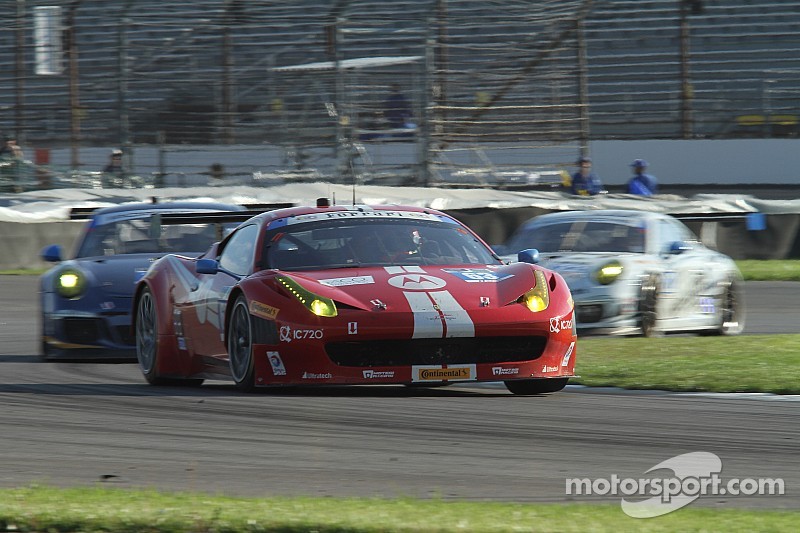 Alessandro Balzan and Jeff Westphal duplicated their results from Detroit Belle Isle in May by winning the GT Daytona (GTD) class for the second victory of the year in the No. 63 Scuderia Corsa Ferrari 458 Italia.

Westphal held the lead with the Ferrari briefly while under caution before he turned over the wheel to Balzan at the one-hour mark. On the seventh and final class lead change of the race, Balzan passed James Davison’s No. 007 TRG Aston Martin V12 Vantage with 36 minutes remaining.

“It was the perfect race,” Balzan said. “Yesterday we had a very hard day because we had problems with the setup during qualifying, but I knew that the car could be very fast. The stop was certainly the key how we won today. This year we don’t have the fastest car out there.”

“We pushed all the way to the last minute. We tried to make our way up the field when we could,” added Westphal. “It’s probably one of the more historic wins I’ve had in my career. It’s a really, really nice feeling to win and kiss the bricks.”

Christopher Haase and Bryce Miller matched their best finish of the season with a second-place finish in their No. 48 Paul Miller Racing Audi R8 LMS. Miller and Haase also finished second at Mazda Raceway Laguna Seca in May.

Jeroen Bleekemolen and Ben Keating, victorious in the most recent race at Canadian Tire Motorsport Park, added a third manufacturer to the podium with a third-place finish in the No. 33 Riley Motorsports Dodge Viper SRT GT3-R. Bleekemolen crossed the line 6.772 seconds behind Haase.

The next race for the TUDOR Championship will be the Continental Tire Road Race Showcase at Road America in Elkhart Lake, Wisconsin on Sunday, August 10.