Barrichello wants to do more US racing 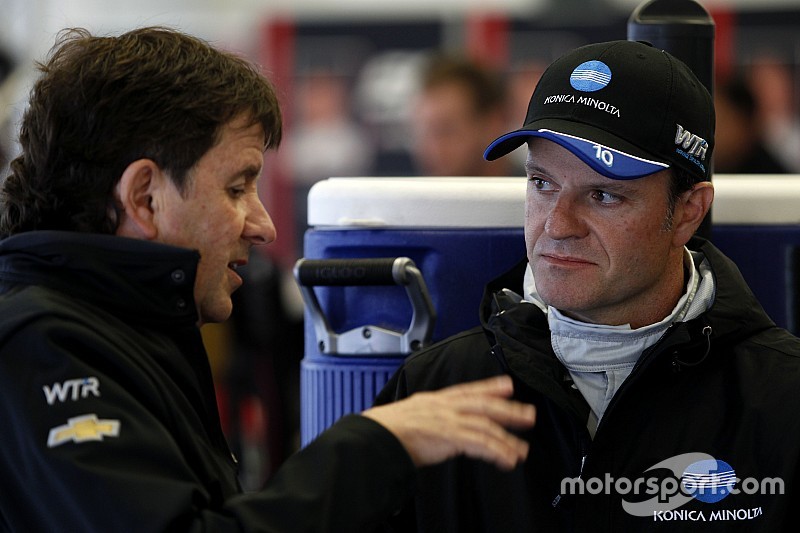 Wayne Taylor Racing's new signing Rubens Barrichello has confirmed he could do more races in America after his outing in the upcoming Rolex 24 at Daytona.

The ex-F1 driver joining forces with WTR was a surprise last-minute announcement, but the Brazilian confirmed that the negotiations had been ongoing for quite some time.

"We have been talking for a while but we only decided recently that it was going to happen," he told Motorsport.com.

"[Rolex 24] is always a race that I'm pretty thrilled to be part of. More and more, I want to be involved with American sports cars. I love to come to America and it's something I feel I want to do more."

It's the challenge of making it happen for such a long time and the love for the sport.

Barrichello on what attracts him to the Rolex 24

Barrichello, 43, has an exceptional record with a record 322 Formula 1 starts, including 11 victories. He also ran the full IndyCar season in 2012 and was crowned the 2014 Brazilian Stock Car champion.

Despite his lack of time behind the wheel of a Daytona Prototype, Rubens thinks he'll be "fine" given his and the team's experience.

"They know the car inside and out, but I'm very competitive. I jumped in the car in a wet situation and it was okay. I'll need a little more time in the car, but I'll be fine.

"I don't know what it's going to be like to drive the new car next year, but I like the DP," he added. "There's some history there and I do enjoy it."

The 2016 race will mark Barrichello's third appearance at the Rolex 24, but the Brazilian prefers not to count his 2013 attempt in the Dener Motorsport Porsche, in which he failed to finish.

"I had two [previous] shots, but one I cannot consider because the Brazilian Porsche was not even properly set up. I think they rushed to get here.

"Last year, I thought it was okay and it was good to get the experience, but I don't think we had a shot to win," he said of his run in the Starworks Riley DP - when he again failed to reach the checkered flag due to mechanical woes.

"This time, it's my best chance yet for sure," Barrichello reckoned.

Wayne Taylor Racing had a shot to win last year's race, but a miscalculation in driving time led to an unscheduled pit stop and their ultimate disqualification. However, in 2005, WTR did manage to emerge victorious .

When asked what attracts him to this race, Rubens joked: "The watch." before adding: "It's the challenge of making it happen for such a long time and the love for the sport. I love still being able to be competitive at 43."

Speaking of other prestigious endurance races, Barrichello noted that the Le Mans 24 Hours hasn't really crossed his mind - but that he would be open to it if the right opportunity were to arise.

More IMSA starts on the horizon?

As for contesting more races on this continent later in the season, he confirmed it's definitely a possibility.

"We might be able to talk about it... I have a championship in Brazil but I may be able to join them again some other time," Barichello said.

In 2016, there are set to be no clashes between Barrichello's main series Stock Car Brasil and IMSA WeatherTech's remaining North American Endurance Cup races - at Sebring, Watkins Glen and Petit Le Mans at Road Atlanta.

Spencer Pigot: From the Indy Lights title to the Rolex 24