Bell vows to be at Sebring, despite team crisis 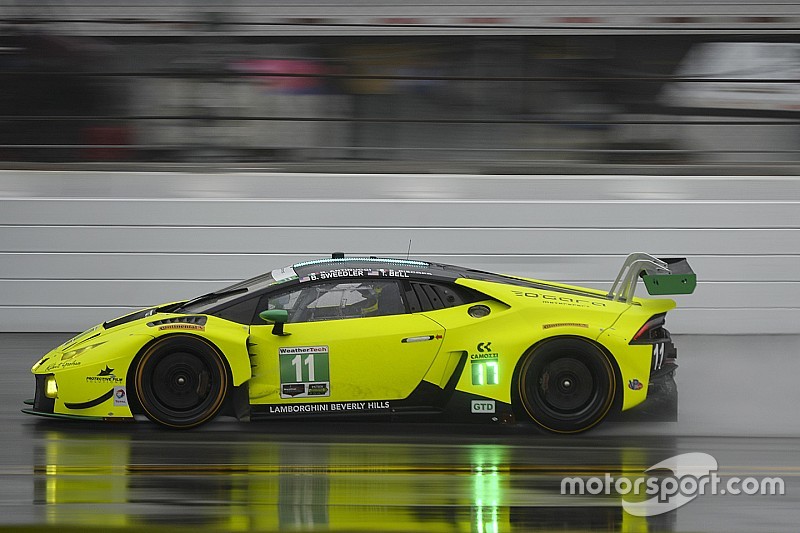 O’Gara Motorsport, which made a highly promising IMSA debut in the Rolex 24, has run aground, but lead driver Townsend Bell believes the #11 Lamborghini will race at the Sebring 12 Hours.

The car’s impressive run was interrupted only by an electrical problem, yet the team rebounded to finish the race with fastest lap.

Since then, however, the team’s immediate future has been thrown into doubt.

Bell explained to Motorsport.com: “It’s a bit of tsunami situation. I can’t go into details but [team owner] Tom O’Gara has had some unexpected and shocking business realities hit him that no one could have seen coming. He’s a great guy, I feel for him, for some of the things he’s had to deal with.

“As things stand, we’re looking at a number of options, one of which is continuing as is, but nothing’s been decided at this point.

“Based on everything I know, we’ll be at Sebring in a Lamborghini, perhaps with the team in a restructured format. What that format is, right now I have no idea, although I’m not the point person for sorting that out.”

Asked how the operation might be funded to continue, Bell said: “If you have any suggestions, I’m willing to listen!

“I’m sure we’ll figure something out,” he continued. “I expect to be at Sebring 12 Hours and I’m certainly preparing like I’m gonna be there.”

Given the recent history of both the team and the drivers, and the pace of the Huracan GT3, the combination were considered contenders for the GTD titles in the 2016 WeatherTech United SportsCar Championship, despite the newness of their entry.

Bell said the Huracan’s speed at Daytona had validated his and Sweedler’s move, but now also heightened the feeling of regret over the uncertainty surrounding the new team.

“I’ve been doing this long enough that you learn to roll with the punches,” he remarked. “But, man, in our first race we were the fastest of the [five] Lamborghinis – and the Lambos in general had the GTD field covered in terms of pace.

"That was a pretty impressive debut for the Huracan and for us. Then a couple days later, it was, ‘Hey, we’ve got some issues…’

“I talked to Tom several times this week and he’s as motivated as anyone to figure things out,” Bell continued, “so we’re all trying to hang together in a challenging situation that caught me off guard… caught all of us off guard.

“But like I say, based on what I know and what’s been discussed, I’m confident we’ll be at Sebring and can get to the end of the season with Lamborghini.”