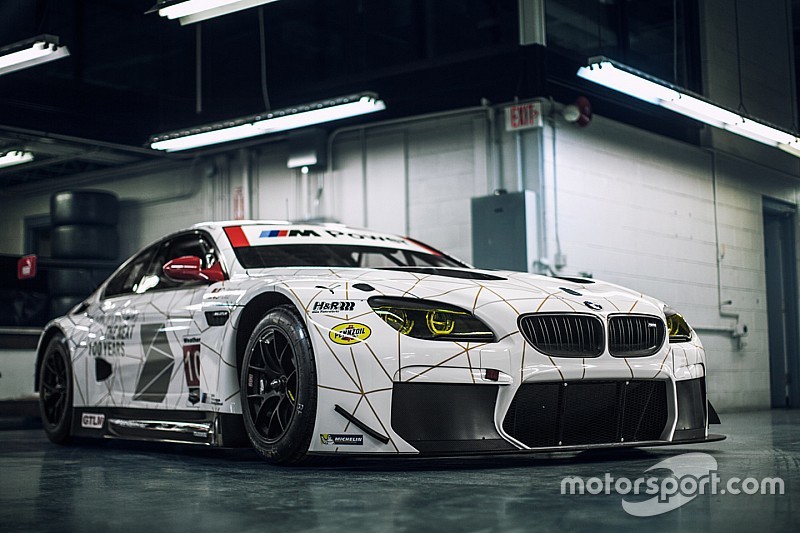 To mark its centenary, one of the M6 machines will race with the number 25 in honor of BMW 3.0 CSL's first season racing in the US in 1975, and will sport a livery that celebrates the history of BMW in motorsport.

The second M6 machine will race with the number 100 and will be wrapped in a livery design that looks to the future.

Both designs are centered on a newly developed signet (or icon) developed by the BMW Group for 100th anniversary communications.

Throughout its history, BMW has always been a company focused on the future and therefore it is not surprising that the theme for the centenary of the brand is: "The Next 100 Years".

The BMW Group will celebrate its rich history and promising future throughout the year officially starting with the Centenary Event in Munich, Germany on March 7th.

On the No. 25 car, each of the four segments of the signet depict images of a historically significant race car. The four cars were chosen in part due to their race success as well as their influence on future race or production cars within the BMW brand.

In addition to a successful racing history, the M1 is significant as the first BMW M car. The third is an image of the successful V12 LMR that won Le Mans and Sebring in 1999.

The V12 LMR was without a doubt one of the most advanced sport prototype race cars of its day and contains technology that is still advanced today. Finally, the fourth car depicted is the M3 GT from the 2011-12 season that won all possible ALMS class championship titles in 2011.

BMW explained that the No. 100 car on the other hand has a livery design that looks to the future. Beyond its distinctive design, BMW said that the lattice work element has a significance that will become clear later this year.

The execution of the lattice work design is done with a new type of 3D effect, reflective vinyl applied to the white body that will be very visible under the lights at the Rolex 24 At Daytona this weekend.

Both cars will carry the commemorative liveries throughout the 2016 WeatherTech SportsCar Championship starting with the 54th Rolex 24 At Daytona.