Alex Gurney and Jon Fogarty to again co-drive with Memo Gidley and Darren Law in the No. 99 Corvette DP.

DALLAS – Joining regular No. 99 GAINSCO Auto Insurance® Corvette Daytona Prototype drivers Alex Gurney and Jon Fogarty at the season-opening race for the second year in a row, Memo Gidley and Darren Law will return to GAINSCO/Bob Stallings Racing for 2014’s Rolex 24 At Daytona.

The day-long classic will be run on Daytona’s signature 3.56-mile road course for the 52nd time, January 23 – 26, and GAINSCO will be looking for its first Rolex 24 victory after finishing a career-best second in the 2008 race.

“We are very excited about entering our 10th year of professional sports car racing, and we are especially happy to have continuity in our race team and the driver line up for the Rolex 24 At Daytona race,” said Team Owner Bob Stallings. “Alex, Jon, Memo and Darren will be back in the 99 ‘Red Dragon’ Corvette Daytona Prototype for this grueling 24 hour race, and we are ever optimistic that this year could be the one.” 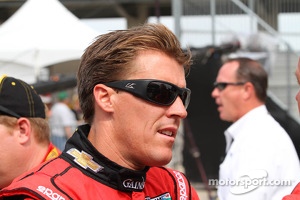 GAINSCO/Bob Stallings Racing entered top-tier sports car racing in 2005 in the GRAND-AM Rolex Sports Car Series and contested its first Rolex 24 the following year. The BobStallingsCars.com No. 99 GAINSCO team has tried several different three and four driver lineups in the Rolex over the years and is returning with the same exact combination for just the second time. The team of Gurney, Fogarty, Jimmie Johnson and Jimmy Vasser wheeled to 2008’s runner-up showing and returned in tact the following year.

“I am very happy to know that Darren and Memo will be back again with us for another adventure at the Rolex,” Gurney said. “They were both quick and extremely professional in their approach last year, neither put a wheel wrong, and if we can do the same again this year, with a little luck, we should be in the hunt for a win on Sunday afternoon.”

GAINSCO’s main focus this year will be on winning the four-race North American Endurance Championship (NAEC). 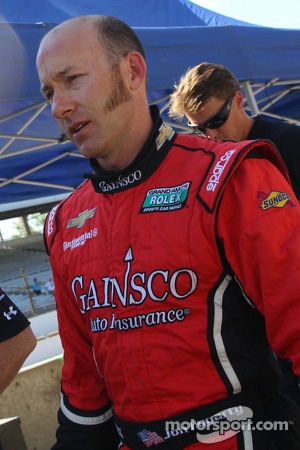 “It is great to be back with guys to start this new era,” Fogarty said. “All smart veterans, which is what is important in any endurance race. This year it will be even more important with all the classes of varying speeds, it's going to be busy, very busy. A strong result will be crucial in the NAEC battle and I feel like we have the team to do it.”

Gidley, a Daytona Prototype race winner, will be making his third-consecutive Rolex 24 start with GAINSCO after debuting with the team in 2012 in a three-driver effort with Gurney and Fogarty.

"It is great to be back in the No. 99 GAINSCO Corvette for another Daytona 24,” Gidley said. “The atmosphere of the entire team is really fantastic. They want to win and put everything they have into a winning effort. I can't thank them enough for their hard work, and Bob Stallings is such a great team leader and just all around honorable individual.”

Law co-drove to an overall Rolex 24 victory in a Daytona Prototype in 2009 and later won a pair of 2012 races at the wheel of a Corvette Daytona Prototype similar to the No. 99 GAINSCO “Red Dragon.” Law most recently raced a GTC Porsche in last month’s season-ending Petit Le Mans but is looking forward to returning to top-level Prototype competition at Daytona.

“I am really excited to be joining GAINSCO/Bob Stallings racing again,” Law said. “Having a familiar driver line up is for sure an advantage, especially one where we all get along, we are all fast and we all know what it takes to win a 24-hour race. With this team there aren’t egos getting in the way, just one goal, win this race! Bob runs such a first class operation and it is one of the best programs I have driven for.”

“As far as my co-drivers, Alex, Jon and Darren are great drivers and we all seem to work together so well,” Gidley said. “No egos, or overbearing personalities, it’s all about us four drivers as a team working together to get the most out of the car.”

While GAINSCO is returning with the familiar and proven driving team, this year’s biggest change will come in the form an updated and enhanced Corvette Daytona Prototype race car. The Rolex 24 marks the debut race of the new IMSA TUDOR SportsCar Championship where Daytona Prototypes will compete for the first time with a variety of mandated performance upgrades intended to level the playing field with the Prototype 2 (P2) cars that will compete in the same class this season.

“Even though there are many changes coming to the Daytona Prototype cars next season, the fact still remains that this team knows the car well and works well together,” Law said. “The only thing new to them will be learning how to get the most of these new pieces.”

Gidley can’t wait to get behind the wheel of the upgraded Corvette Daytona Prototype that will see more horsepower and top speed as well as improved aerodynamics and braking performance.

“The Corvette has been awesome to drive the last two years, and with the new changes, I can't wait to see the new speed of the car,” Gidley said. “It's going to be really fun to drive and I'm sure wicked fast! Plus, with all the various types of cars, it's going to be very interesting to see how we all race together.”

Next up for GAINSCO/Bob Stallings Racing is the Roar Before the Rolex 24 At Daytona Test at Daytona International Speedway, January 3 – 5, 2014.